$1,400 Stimulus Check Problem: No Money if IRS Thinks Your Dead 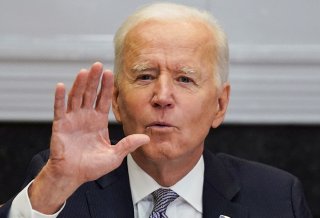 The $1,400 checks from the American Rescue Plan have been going out to Americans for the last few weeks, and while most people seem to have received their checks without complication, there are various reasons why some people haven’t, from a lack of eligibility to mixups to with mail and bank accounts, to various other errors.

One man in Indiana has a unique reason for not having gotten his check yet- the IRS seems to think he’s dead. It’s a modern bureaucratic nightmare, one made even worse at a time when the government is sending direct payments to Americans- provided it believes they’re still alive.

According to local news station WTHR, Indiana resident Bobby Musgrave is making that claim. The IRS lists him as “deceased” in their official records, even though he is alive and well. Not only is he waiting on this year’s stimulus check, but the two from last year, as well as several years of previous tax refunds. In all, Musgrave told the station, the IRS owes him more than $10,000.

Musgrave, despite being on dialysis, plans to hike the Appalachian Trail later this month.

Musgrave first learned that he’s listed as dead when he received a letter from the Social Security Administration offering their condolences, and instructions for benefits for his survivors. After he informed the Social Security Administration that he was alive, they apologized to Musgrave, but it turned out his name had already been added to something called the Death Master File, a government database that is shared with government agencies, including the IRS.

And it turns out getting one’s name out of the Death Master File is no easy feat. The File, per the website of the National Technical Information Service, “used by leading financial and credit firms as well as government agencies to match records and prevent identity fraud.” The file can even be downloaded, to those who have permission.

About two years have passed since Musgrave learned he is believed dead by the government. He has contacted the IRS repeatedly and even visited the agency’s offices in Indianapolis, where he presented his birth certificate and other documents.

When reached by WTHR, the IRS said they couldn’t speak to an individual person’s case, but asked for Musgrave’s contact information and “offered to help find a solution as quickly as possible.”

Back in 2018, NPR looked at the plight of living people mistakenly added to the Death Master File, noting an SSA estimate that around 12,000 Americans are accidentally put on the list each year, although not all of them end up in a years-long Kafkaesque nightmare like Musgrave’s. There have also been media reports about individual people in the same predicament.