$1,400 Stimulus Checks Are Amazing. But There Is One Big Problem. 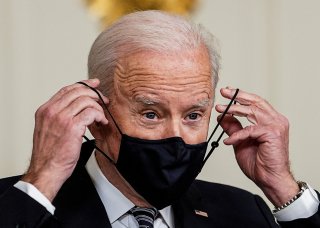 The American Rescue Plan Act was signed into law by President Joseph Biden in early March, and in addition to various measures to jump-start vaccine distribution and expand the child tax credit, the package also distributed $1,400 checks to most Americans.

Many of the checks have already been distributed, but there are complications with some others. For example, what about those who have recently collected unemployment? The Bureau of Labor Statistics, after all, has said that over twenty-three million U.S. workers nationwide filed for unemployment in the pandemic year of 2020, per the IRS.

The Rescue Plan changed the rules about how that is handled, while also extending unemployment benefits. Those who earned less than $150,000 in modified adjusted gross income, will be allowed to “exclude unemployment compensation up to $20,400 if married filing jointly and $10,200 for all other eligible taxpayers.” Those benefits apply only to benefits received in 2020.

The IRS announced on March 30 that it “will take steps to automatically refund money this spring and summer to people who filed their tax return reporting unemployment compensation before the recent changes made by the American Rescue Plan.”

The recalculation will first be done for those eligible for up to the $10,200 exclusion, with those up for the $20,400 exclusion coming next.

What do those affected need to do right now?

“There is no need for taxpayers to file an amended return unless the calculations make the taxpayer newly eligible for additional federal credits and deductions not already included on the original tax return,” the IRS said. Taxpayers are also asked to review their state returns.

Last month, the government agreed to push back the federal income tax filing deadline past the initial date of April 15. This followed a letter from a pair of members of Congress asking the IRS and Acting Assistant Secretary of the Treasury for Tax Policy asking for that change to be made.

“We welcomed the Internal Revenue Service’s (IRS) decision last year, after bipartisan calls from Congress, to provide an automatic filing and payment extension to July 15, 2020,” the letter said.

“Almost a year later, we are still grappling with the massive economic, logistical, and health challenges wrought by this devastating pandemic. Millions of stressed-out taxpayers, businesses, and preparers would appreciate an extension of the deadline to file their 2020 tax returns.”