$1,400 Stimulus Checks: What Americans Are Spending Their Cash On 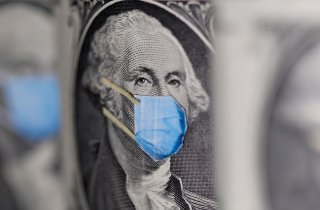 The American Rescue Plan Act of 2021, signed into law by President Joseph Biden on March 11, was a $1.9 trillion economic stimulus bill meant to kickstart the economy amid the recovery from the coronavirus pandemic.

In addition to a variety of measures that include coronavirus relief and an expansion of the child tax credit, the Rescue Plan mandated $1,400 in direct payments to individuals.

The question is, how are people spending their money?

Doxo, a bill paying service, released a study this week to indicate how Americans are spending their stimulus checks. And the first thing most people did, according to the study, is pay household bills. Doxo, to be clear, is a bill paying service and not a scientific polling outfit.

Doxo went on to estimate that about 62 percent of the money being spent from the stimulus checks is going towards household bills. Another major thing the stimulus money is going to is paying down debt.

“Doxo’s data also reveals that consumers are using the stimulus money to pay down debt/money they owe, in what appears to be big chunks. The fact that the average payment amount increased even greater than the volume is an indication that many people were catching up on missed or reduced prior payments,” the company said.

According to Fortune, which wrote up the Doxo survey, the numbers largely match those of the U.S. Census Bureau’s Household Pulse Survey, which found last month that more people planned to spend their stimulus money on food and utilities.

In a semi-viral headline from the New York Post that recently made the rounds, it was stated that “stimulus checks are being spent on…tigers, guns and stripper poles.” But the headline is old — it’s from April 2020, and references the first round of stimulus checks, from the CARES Act — and was sourced entirely from random tweets. After all, if everyone in the country is getting stimulus checks, that money is going to be spent on unusual things. And whether it’s being spent on household bills, guns, or stripper poles, stimulus is stimulus, and the money is entering the economy as intended.