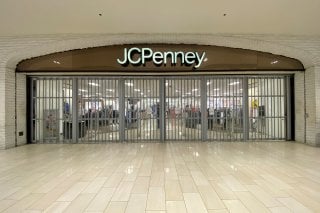 For the upcoming holiday season, malls and retail stores across the country will likely be much less crowded.

Traffic in stores is expected to be down 22 percent to 25 percent year-over-year during the six weeks of the holiday season, according to ShopperTrak’s annual holiday forecast.

The report also noted that the ten busiest shopping days of the holiday season will account for 34.2 percent of all holiday traffic, which is down considerably from last year when it was 46.5 percent.

With the ongoing coronavirus pandemic driving many consumers to avoid crowded spaces and buy more goods online, many companies and aiming to extend the holiday shopping season, which could help alleviate any last-minute shipping chaos.

Most notably, Amazon has announced that it will hold its Prime Day sales event on October 13 and 14—prompting rival retailers like Target and Best Buy to hold their own sales events. Members of Amazon’s Prime subscription program will receive access to “over one million deals across every category,” including toys, electronics, and apparel, the company said.

Prime Day, which was first launched in 2015, is typically held in July.

Even with less foot traffic at stores due to the pandemic, e-commerce sales have continued to surge. Between the first and second quarters of this year, overall sales were higher by more than 30 percent, according to recent data released by the U.S. Department of Commerce. E-commerce now accounts for more than 16 percent of all U.S. sales.

In the last quarter, Amazon reported sales of $88.9 billion, up 40 percent from $63.4 billion a year prior and well ahead of the company’s own forecast of $75 billion to $81 billion.

Walmart reported a 97 percent surge in online sales, which came after the company’s digital sales rose 74 percent in the first quarter. Target also largely blew past every forecast on Wall Street as it attracted millions of new customers online—which helped the company nearly triple its digital sales from a year earlier.