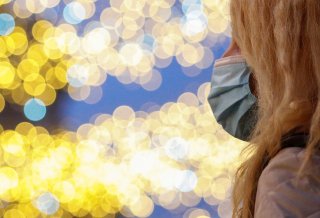 The year 2020 has been one to forget, and the final death toll will make it even more so.

The past year is set to become the deadliest in U.S. history with a total of three million-plus deaths—due in large part to the ongoing coronavirus pandemic—according to new data released by the U.S. Centers for Disease Control and Prevention.

Final mortality data for this year won’t be available for months, but preliminary numbers are suggesting that the United States is on track to see more than 3.2 million deaths—which is at least four hundred thousand more than what was registered in 2019.

The mortality rate jump of 15 percent would mark the largest single-year percentage leap since 1918 when tens of thousands of U.S. soldiers died in World War I and hundreds of thousands lost their lives due to a flu pandemic. Compared to 1917, the number of deaths surged 46 percent that year.

According to the CDC, there were 2,854,838 deaths in the United States last year, which was nearly sixteen thousand more than in 2018. That was roughly in line with past statistics that usually saw deaths climb by about twenty thousand to fifty thousand each year, mainly due to the nation’s growing aging population.

The year 2019 also witnessed age-adjusted death rate sinking about 1 percent and life expectancy rising by about six weeks to 78.8 years, the CDC said. This year, however, will likely tell a different story as life expectancy could end up plummeting by as much as three full years.

The agency noted that the ten-month-long coronavirus pandemic has been a huge driver of deaths this year in the United States. According to the latest data from Johns Hopkins University, the country has already seen 18.3 million infections and 325,000 virus-related deaths.

Coronavirus has now become the third leading cause of death—behind only heart disease and cancer. For certain periods this year, coronavirus was considered to be the number one killer in the nation.

The University of Washington’s Institute for Health Metrics and Evaluation (IHME) warned earlier this month that the coronavirus could eventually supplant cancer for second place.

The institute estimated that about 15 percent of all Americans have been infected by the virus, adding that its “model projects 539,000 cumulative deaths on April 1, 2021. Daily deaths will peak at three thousand in mid-January.”

According to IHME researchers, vaccines will prevent only nine thousand deaths by April, but did note that a rapid vaccine rollout targeting high-risk individuals could help save fourteen thousand more lives.

“Mass scale-up of vaccination in 2021 means we have a path back to normal life, but there are still a few rough months ahead,” IHME Director Christopher Murray said in a news release. “We must be vigilant in protecting ourselves at least through April, when, as our projections indicate, vaccines will begin to have an impact.”