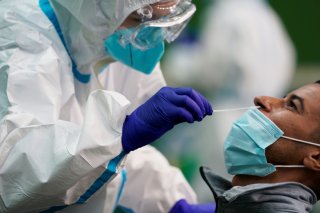 Major disease outbreaks have transformed how people live and how to mitigate the fear of co-existing with a deadly infection.

Pandemics have left an imprint in history, as global public health experts are referring to past efforts of preventing further spread of serious diseases.

The coronavirus pandemic has reported nearly seven million cases and killed almost two hundred thousand Americans since it struck the country earlier this year. The country has taken substantive measures to contain the spread of the virus, despite the lack of leadership and guidance from the federal government, including quarantining, limited interaction in big gatherings, the wearing of face masks and gloves when in public and maintaining strong personal hygiene.

Throughout history, there have been similar outbreaks to the coronavirus, with some handled forcefully and cohesively, reducing continuous spread, while others completely rejected the science, which temporarily destroyed the economic and health state of the country.

Here are some of the worst public health outbreaks in U.S. history.

The deadly, water-born disease infected the intestines and originated in India. Cholera is known to spread by consuming unsanitary water, which easily spread through trade routes as people traveled from India to Europe via steamboats and railroads, where immigrants then carried it to America.

New York City was the first major city to really experience the impacts of the pandemic, similar to what happened with the coronavirus, as nearly five thousand people died of the infection. Between 5 and 10 percent of the total population died in major cities during the outbreak.

As cholera struck the United States, thousands of more Americans reported to have the infection, which caused Ohio to postpone its first State Fair, contaminated migrants along the Oregon Trail to the Pacific Northwest and the Mormon Trail to Utah and reported nearly twelve thousand fatalities en route to the California Gold Rush, according to American Minute.

By the early 1900s, the outbreaks subsided, but it still remains unclear what nixed the disease. Scientists suggest a change in climate or enforced quarantine rules.

Currently, cholera is a cause of death for nearly ninety-five thousand people worldwide, according to the Centers for Disease Control and Prevention (CDC). Although modern sewage and water treatment have helped prevent further spread of the infection, cholera is still a public health issue that’s infected thousands of people

One humid summer in the late 1700s brought the yellow fever epidemic from the Caribbean Islands and into Philadelphia. Nearly half a century later, the yellow fever swarmed Norfolk, Virginia in 1855, but the worst outbreak that infected the United States was in the Mississippi River Valley in 1878.

In the spring of 1878, the Caribbean served as another epicenter for the outbreak, where thousands of refugees fled to America’s shores in hopes to avoid contact with the fever. President Rutherford B. Hayes signed the Quarantine Act of 1878, granting the Marine Hospital Service the authority to not allow migrants to enter the country’s shores via ships.

During the spring and summer of 1878, the valley reported nearly 120,000 cases of the fever and roughly between 13,000 and 20,000 fatalities. The fever triggered a yellow-ish coloring of the skin and eyes, fever and bloody vomiting.

The outbreak started in New Orleans and swiftly spread up the valley as more than one-fifth of the city’s population fled to avoid the deadly disease. Like the coronavirus, the yellow fever impacted different industries—residents fled cities that were infected, the economy contracted and thousands of people died. A vaccine was later developed and licensed for distribution.

It wasn’t until 1900 that researchers confirmed that the fever spread by a species of a mosquito native to Africa and tropical climates.

The influenza pandemic, or the “Spanish flu” that entered the United States was the most severe pandemic in recent history, according to the CDC. The flu was caused by H1N1, but it didn’t have a universal agreement or conclusion as to where the virus had originated. The flu quickly spread worldwide from 1918 to 1919, infecting nearly one-third of the globe’s population.

In the United States, there were 675,000 deaths—after the first identified case sprouted among military personnel—with the highest mortality rates among people younger than five years old, between the ages of twenty to forty and sixty-five years and up. Since there was no vaccine to prevent further spread, federal officials and public health experts encouraged people to isolate, quarantine, maintain strong personal hygiene, use disinfectants and limit gatherings.

The Spanish flu also came at a time when the United States passed the 1918 Sedition Act—which followed the country’s participation in World War I as an Allied Power—a piece of legislation that dubbed it criminal to say anything that could harm or interfere negatively with the country or the war effort. Although it’s unclear how thoroughly the act was implemented, newspapers, the military and federal officials downplayed the risk of the flu.

Then-President Woodrow Wilson also understated the threat of the virus since he was extensively interested in the country’s war efforts—despite contracting it and hiding it from the public in 1919. Wilson decided to “focus on the battlefronts of Europe, virtually ignoring the disease that ravaged the home front.”

In recent weeks, President Donald Trump has publicly admitted to downplaying the coronavirus, an initiative from a president that the country’s clearly seen before.

Wilson’s handling of the Spanish flu ranked him as a top candidate for the worst presidents during a disaster, as hundreds of thousands of Americans died under his control.

Known as the most feared disease of the twentieth century, the polio epidemic infiltrated the United States several times throughout the 1900s, with the outbreak of 1952 being the year when the number of reported cases peaked across the country.

During that year, more than fifty-seven thousand Americans were infected, with over three thousand deaths.

Fear and general uncertainty made this epidemic so similar to the coronavirus, as it was unpredictable. Polio is a viral disease that impacts the nervous system, usually triggering paralysis. At the time, no one knew how it was transmitted or what had caused it, but it became known that it typically spreads through direct contact with an infected person.

With the frequent outbreaks of the disease, life for Americans didn’t return back to normal for a number of years. Recreation facilities shuttered their doors and children didn’t go to playgrounds or spend time with friends.

The country saw a vaccine for the disease in 1955, thanks to President Franklin Roosevelt’s interest in widening the federal government’s role in advancing public health discovery and research. Roosevelt ensured funding for a massive hospital and expanded facilities associated with the National Institutes of Health (NIH). Although Roosevelt—who shielded his paralysis from the disease—didn’t live to experience the unveiling of the vaccine, “his struggle against polio and dedication to the expansion of medical science for the benefit of all Americans demonstrate the value of seeing national preparedness as broad enough to encompass scientific and medical research,” according to The Washington Post.

Roosevelt formed a strong appreciation for science and public health research, as he maintained strong relationships with top experts and incorporated federal government efforts into polio research and discovery.

When the HIV epidemic entered the United States in the 1980s, scientists believed it was a rare lung infection. After scientific research was conducted, the country discovered that HIV, instead, impairs the body’s immune system, compromising its ability to be strong enough to combat other infections.

AIDS is the final stage of the HIV infection, according to the CDC, and in 2018 it was ranked in the top ten leading causes of death in the United States among young people between the ages of twenty-five to thirty-four years old. The first documented case was in 1981.

Although HIV doesn’t have a cure, scientists have configured how to minimize risk and reduce transmission of the infection. Like coronavirus, HIV crushed racial and ethnic minorities due to a lack of access to proper medical supplies and health care.

During the HIV epidemic, the country was under President Ronald Reagan’s administration, but leadership failed to garner support from Americans as he handled “the epidemic as a joke.”

In a documentary about the AIDS epidemic, footage revealed Reagan’s press secretary and members of the media poking fun at the infection, dubbing it as a “gay plague.” The documentary revealed that the Reagan administration didn’t have much knowledge about the disease when it first infected the country and wasn’t serious in squashing it. Reagan’s candidacy still receives pushback for his rhetoric and leadership during the epidemic.