Alzheimer’s Disease Deaths are Spiking Thanks to Coronavirus 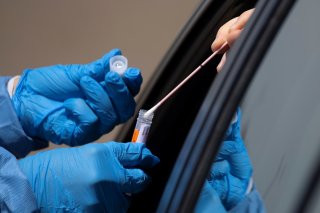 Because of the ongoing global coronavirus pandemic, at least 15,000 more Americans have died in recent months from Alzheimer’s disease and dementia than otherwise would have, health officials said.

Medical experts noted that the coronavirus has the ability to compound devastation of Alzheimer’s and other forms of degenerative brain disorders that are common among seniors in long-term care facilities.

According to the U.S. Centers for Disease Control and Prevention, about 100,000 people died from Alzheimer’s and dementia from February through May. While not all of these deaths were from COVID-19, the mortality rate is 18% higher than the average for these disorders in recent years.

The death toll began to trend upwards beginning in mid-March, and by mid-April, about 250 extra individuals suffering from some form of dementia were dying each day, according to the CDC.

Some of the deaths were likely caused by COVID-19, the CDC admitted, but weren’t noted as such on death certificates. The lack of available testing, especially early in the outbreak, contributed to the undercounting of deaths attributed to the coronavirus, health officials said.

Medical experts said that people with advanced Alzheimer’s and dementia are often already in fragile health, and they are keenly dependent on daily routines.

“It’s one fall, and it sets everything off. It’s one day of no fluids and they become dehydrated and it sets off a chain of events,” Nicole Fowler, associate director at Indiana University’s Center for Aging Research, told The Wall Street Journal.

“It’s amazing how little it actually takes to upset their environment.”

More than 5 million Americans are already living with Alzheimer’s, according to the CDC. By 2050, this number is projected to nearly triple to 14 million.

The global total of COVID-19 deaths passed 500,000 on Sunday, while the number of confirmed cases surpassed 10 million. More than a quarter of all known deaths have been in the United States.

The number of actual cases is likely much higher, with the CDC announcing last week that for every reported case, there were 10 other estimated infections in the United States.

The pandemic’s early hot spots emerged in the Northeast, particularly the New York metropolitan area, but the recent surge has occurred primarily in the South and the West, forcing several states to backtrack on reopening plans.

The countries with the next highest COVID-19 cases are Brazil, Russia, India and the United Kingdom.