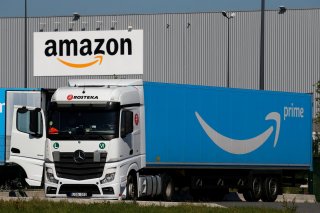 Amazon has announced that it is inching closer to normal operations.

This is indeed sweet music to the ears of millions of patience-tested Amazon shoppers, who for weeks were often in the dark about when they would be receiving their ordered products.

Amazon didn’t provide exact details about its shipping times, but it appears that the popular one and two-day shipping service is still spotty throughout the U.S., much to the dismay of its Prime subscribers. Next-day delivery is starting to come back online for select cities.

In late March, Amazon paused new shipments of nonessential items to its facilities and postponed deliveries by as much as a month, as the online retailer struggled to keep up with skyrocketing demand during the COVID-19 pandemic.

Moreover, amid several confirmed positive coronavirus cases at its warehouses across the country, the company has been pushed into a corner as it tries to mollify its workers’ safety concerns.

The e-commerce giant is trying to put those issues in the rearview mirror, as it has recently made positive strides in speeding up its deliveries and handling more goods arriving at its facilities.

Amazon also began informing third-party sellers that it would no longer place limits on new shipments of nonessential goods by quantity.

“We removed quantity limits on products our suppliers can send to our fulfillment centers,” Amazon spokeswoman Kristen Kish said in an email. “We continue to adhere to extensive health and safety measures to protect our associates as they pick, pack and ship products to customers, and are improving delivery speeds across our store.”

Amazon has already committed huge financial resources in its effort to get back to normal operations.

During its most recent earnings conference call, Amazon said that it would invest its expected $4 billion quarterly profit on coronavirus-related expenses—including “getting products to customers and keeping employees safe.” The company is also ramping up hiring of 175,000 new employees to further accelerate its logistics.

Last month, Reuters reported that Prime Day, which typically occurs in July, will likely get pushed back to August at the earliest. Amazon is expected to lose $100 million on about 5 million devices in excess inventory that it expects to hold this summer.