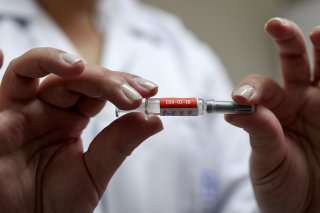 China already has six coronavirus vaccine candidates in late-stage trials and is considered one of the few nations that can manufacture vaccine doses on a global scale.

As government officials have announced a capacity of one billion doses for next year, Chinese president Xi Jinping has vowed that the country’s vaccines will help the world end the months-long pandemic.

The international community, however, isn’t fully sure.

For example, Brazil’s President Jair Bolsonaro has repeatedly stated his doubts about the effectiveness of China’s vaccine, even asserting that Brazilians shouldn’t be used as “guinea pigs.”

Although human trials of China’s Sinopharm vaccine in the United Arab Emirates (UAE) have yielded an 86 percent efficacy rate, according to UAE’s national health authorities, much is still unknown about the vaccine candidates because no clinical-trial data has been released to the public.

“Scientists have been urging transparency in data reporting for all vaccine trials, so we would hope that these data are made available publicly prior to the broad launch of any vaccine,” Dr. Pavitra Roychoudhury, instructor in the Department of Laboratory Medicine and Pathology at the University of Washington, told the National Interest.

Still, the Sinopharm vaccine has already been administered to hundreds of thousands of people under emergency authorization use in China.

Bahrain recently became the second country after the UAE to approve China’s vaccine, with Morocco planning to use the doses in a mass immunization campaign later this month.

China’s vaccines are also awaiting regulatory approval in Turkey, Indonesia, and Brazil, while testing is continuing to be ramped up in more than ten countries, including Russia and Mexico.

Unlike leading Western competitors, China’s vaccine shot relies on a long-tested technology that uses a killed virus to deliver the vaccine. The shots developed by Pfizer and its German partner BioNTech, for example, tap into newer, less-proven technology that targets the virus’ spike protein using RNA.

“We don’t yet have much information about its safety from the trials conducted in several countries,” Dr. Lee Riley, a professor and chair of the Division of Infectious Disease and Vaccinology at the University of California, Berkeley, told The National Interest.

However, “this vaccine is based on a killed SARS-CoV-2 virus, so it should be safe and could be given to people with underlying medical conditions.”

Riley noted that doctors and patients should still be vigilant about potential side effects from the vaccine.

“Killed-virus vaccines can produce side effects like fever, muscle pain, and pain at the site of injection,” he said.

Dr. Wes Van Voorhis, professor of allergy and infectious diseases at the University of Washington and director of the Center for Emerging and Re-emerging Infectious Diseases, shared similar sentiments.

“It is an inactivated virus vaccine, which is generally a safe vaccine type. Several regulatory bodies have given emergency approval, which suggests they have reviewed the safety data, and it is safe in their opinion,” he told the National Interest.

“The Peruvian regulatory agency suspended testing of the vaccine due to a severe adverse reaction, but details of this are not available, to my knowledge. . . . Weakness in lower extremities was mentioned for the Peruvian severe adverse reaction and that can be from Guillain-Barre (a condition in which the immune system attacks the nerves), which sometimes follows any kind of vaccination in rare cases. Again, lack of access to the safety data from the large number of people that have gotten the vaccine makes it difficult for experts to endorse its safety.”