Are the Rich Getting Coronavirus Vaccine First? 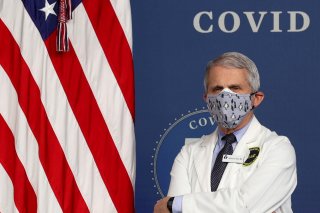 A congressional committee overseeing the coronavirus pandemic has launched an investigation into concierge health-care provider One Medical over reports that it gave vaccine doses to wealthy clients and family and friends of company executives.

The House Select Subcommittee on the Coronavirus Crisis, led by Rep. James Clyburn, has sent a letter to One Medical demanding to see documents related to its vaccination allocation practices.

In the letter, Clyburn wrote that the San Francisco-based company “has repeatedly and intentionally disregarded vaccine eligibility requirements in multiple cities and states over the past two months.”

According to its website, One Medical is a membership-based medical practice that provides primary care services to more than half a million members in ten states and the District of Columbia.

“Despite being warned that the company’s lax oversight of vaccine eligibility rules was allowing ineligible patients to jump the line, One Medical has reportedly failed to properly implement an effective protocol to verify eligibility and instructed staff not to police eligibility,” Clyburn wrote.

“I am deeply concerned that medical providers’ refusal to adhere to vaccination prioritization guidelines and intentional diversion of doses to individuals in lower priority groups may cost more American lives and delay or even derail containment of the virus across the country,” he added.

The investigation comes after National Public Radio obtained internal communications from the company last week that revealed it routinely allowed wealthy clients and well-connected individuals to jump the vaccine line.

According to NPR, One Medical has said that the accusations of misconduct brought forth by local health departments are only misunderstandings and that it was working to address any other concerns that have been raised.

“We’re deeply disappointed, as many of the media reports about One Medical’s standing with departments of health are not reflective of our direct communication with our contacts at many of those departments,” said a company spokesperson.

One Medical also claimed that the vaccinations of ineligible patients in San Mateo, California, were done “in order to avoid spoilage” and that they were “not aware of any unresolved issues with the San Diego Department of Health prior to their statement to the media.”

The company added that it did not have any information regarding instances in which “senior leadership . . . personally intervened to arrange for friends, family or business partners to receive vaccinations outside of eligibility requirements.”

Clyburn, however, believed that the company’s actions may have had a financial motive.

“These reports raise concerns that the company may be exploiting the federally funded vaccine rollout to increase membership rates and generate fees, regardless of whether prospective fee-paying members are actually eligible for vaccination,” he wrote.