Back to Square One? Mutated Delta Variant Concerns Health Experts. 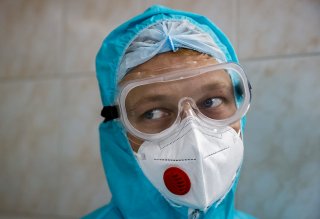 A new coronavirus descendant related to the Delta variant—called AY.4.2—is being closely monitored by scientists and health experts in the United States, United Kingdom, and Israel.

Government health officials in the United Kingdom have indicated that it is too early to conclude whether the viral mutation poses a greater risk to public health than the Delta variant, which already has been confirmed to be much more contagious than the original strain. They, however, are open to the fact that the AY.4.2, dubbed the new “Delta-plus” variant, could be more infectious than the Delta strain.

AY.4.2 is still considered to be “very rare” in the United States, making up “well below 0.05 percent of all our sequenced viruses, with less than ten reported in our database so far,” according to the U.S. Centers for Disease Control and Prevention (CDC).

Meanwhile, in the United Kingdom, the variant accounts for between 6 percent and 8 percent of all cases that have been genetically sequenced. In light of this, some health officials are calling for further restrictions to be reimposed.

But the United Kingdom’s Business Secretary Kwasi Kwarteng reiterated on Times Radio that he thinks “it would be completely wrong for us to go back into a lockdown.”

The country is currently registering between forty thousand and fifty thousand new coronavirus cases a day, and the number of hospitalizations and deaths is steadily climbing.

Dr. Scott Gottlieb, the former commissioner of the U.S. Food and Drug Administration (FDA), said in a social media post on Twitter that the “U.K. reported its biggest one-day COVID case increase in three months just as the new Delta variant AY.4 with the S:Y145H mutation in the spike reaches 8 percent of U.K. sequenced cases. We need urgent research to figure out if this Delta plus is more transmissible, has partial immune evasion?”

No Need to Panic

On Wednesday, CDC Director Rochelle Walensky said she didn’t want the public to panic because of AY.4.2.

“In particular, the AY.4.2 variant has drawn some attention in recent days,” she said. “We have, on occasion, identified this sublineage here in the United States, but not with recent increase frequency or clustering, to date.”

Andrew Pollard, who is the head of the Oxford Vaccine Group that helped in developing the AstraZeneca-Oxford University vaccine, told BBC Radio on Wednesday that the “discovery of new variants is, of course, important to monitor, but it doesn’t indicate that that new variant is going to be the next one to replace Delta.”

“Indeed, even if it does, Delta is incredibly good at transmitting in a vaccinated population and a new one may be a bit better but it’s unlikely to change the picture dramatically from where we are today,” he added.