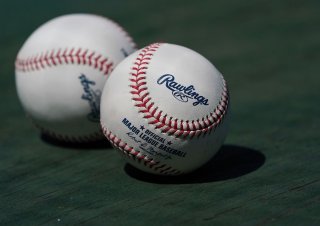 As Major League Baseball’s owners approved a proposal to start the 2020 season, players with underlying health conditions are keeping a close eye on the league’s health policies, which have yet to take shape.

According to the Centers for Disease Control and Prevention, older adults and people of any age who have serious underlying medical conditions or immunodeficiencies might be at higher risk for severe illness from COVID-19.

One of the players who could be at higher risk is Colorado Rockies outfielder David Dahl, who in 2015 had his spleen removed following an outfield collision in the minor leagues. Without this important organ, Dahl could be more susceptible to contracting the coronavirus.

“It’s definitely scary ... my immune system is pretty bad,” Dahl told The Athletic. “But I trust the medical experts, the guys with the Rockies, everyone who will be involved that if we do come back and play, we’ll be safe and taking the right precautions to make sure we aren’t at a greater risk.”

“I want to play just the same as anyone, otherwise I wouldn’t be throwing and working out,” Diekman told the San Francisco Chronicle. “But if they’re going to test us all the time, are we taking tests from people who really need it? I don’t want us to get tested every other day and basically snake all these tests because they want to put on MLB, and yet let’s say the hospitals in Oakland, we’re borrowing theirs, if 50 people a day can get tested but it would be 100 if we weren’t taking them.”

NBA players have also received much criticism for their relatively easy access to coronavirus tests, while the general public struggles with widespread testing shortages.

The owners’ proposal, which includes an 82-game regular season that starts in early July, has been sent to the Major League Baseball Players Association for approval, and it is believed that health and safety concerns will be widely addressed in the document. Negotiations between the sides, however, could take up to two weeks, as they work through all the layers in order for baseball to start its season.

In a tweet, Washington Nationals relief pitcher Sean Doolittle voiced his desire for the league to fully commit to protecting the health of all of its players: “There are a number of players & staff who have pre-existing conditions that they are aware of (and likely more who aren’t yet). We need a plan that seriously considers the increased health concerns of any players, staff or workers who are at higher risk.”