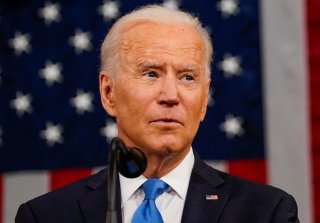 As new batches of stimulus checks worth up to $1,400 continue to be distributed, the IRS is also sending extra supplemental payments to some Americans.

According to the IRS, these “plus-up” payments are being sent to Americans who now qualify for a larger payment based on their recently filed and processed 2020 tax returns. The initial determination of eligibility for a stimulus check of up to $1,400 as part of the American Rescue Plan Act of 2021 was based on income levels according to 2019 tax returns, at the time the most recent data available to the IRS. The IRS’ plus-up payments are designed for those individuals and households whose eligibility has since changed as a result of a loss of income. This means that some Americans who previously did not qualify for some amount of a third-round stimulus check may now do so.

In addition to a loss of income, other qualifiers for a plus-up payment include a 2020 tax return that indicates a new child or dependent; newly married couples filing joint returns for the first time who meet the requirements for total joint income; and those Americans who for a variety of reasons were not required to file tax returns, including veterans receiving disability compensation.

While many Americans who did not previously qualify for all or a portion of the $1,400 now will, it is important to note that the actual qualifications themselves have not changed. Eligibility for payment as part of the third-round of stimulus checks remains based on adjusted gross income (AGI). Individuals whose AGI does not exceed $75,000 can expect to receive the full $1,400, while heads of households and couples filing jointly will receive the maximum payment for AGIs of up to $112,000 and $150,000, respectively.

Look for Plus-Up Payments to Continue

In total, the most recent batch of third-round stimulus checks included nearly 2 million payments totaling over $4.3 billion. This figure includes more than 730,000 plus-up payments made to newly eligible Americans based on their 2020 tax returns worth over $1.3 billion. The majority of these plus-up payments were sent to those who recently filed returns who previously did not have the necessary information on file with the IRS to receive payments.

With Tax Day having been pushed back until May 17, it is likely that distribution of plus-up payments to all eligible individuals and households will remain an on-going process as the IRS continues to determine who now meets the criteria for an increased or initial payment.