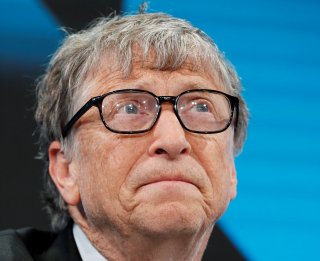 “You’re paying billions of dollars in this very inequitable way to get the most worthless test results of any country in the world,” Gates said on CNN’s “Fareed Zakaria GPS” on Sunday. “No other country has this testing insanity.”

“A variety of early missteps by the U.S. and then the political atmosphere meant that we didn’t get our testing going.”

The Microsoft founder, who has been warning about the threat of a global pandemic since 2015, placed blame on long lines at commercial labs and sometimes weekslong delays in receiving test results.

“You pay as much for the late result as the timely result,” Gates said. Meanwhile, “very wealthy people have access to these quick-turnaround tests.”

“It’s mind-blowing that you can’t get the government to improve the testing because they just want to say how great it is.”

Gates noted that he has been in touch with the federal government, recommending that the Centers for Disease Control and Prevention establish a public website to prioritize who gets tested and how quickly.

President Donald Trump, however, has long defended the U.S. record on testing, saying recently on Fox News that “our testing is the best ever, the best in the world.”

Gates, who is funding vaccine-development efforts by AstraZeneca, Johnson & Johnson and Novavax, stated that he expects the United States to get through the pandemic next year as a viable coronavirus vaccine becomes a reality.

According to the World Health Organization, more than a hundred vaccines are currently under development—with about twenty-five of them already advancing to human trials.

In late July, Gates denied conspiracy theories that point toward him using coronavirus vaccines to implant tracking devices in the population. He was addressing a Yahoo News/YouGov survey that found 28% of American adults actually believe theories claiming that he would implant microchips in billions of people to monitor their movements.

“We need to get the truth out there,” Gates said during an interview on CBS News. “I hope it’ll die down as people get the facts.”

There are now more than 19.9 million confirmed cases of coronavirus worldwide, including at least 733,000 deaths, according to the latest data from Johns Hopkins University.

The United States has the most cases by far, with nearly 5.1 million confirmed infections and more than 163,000 deaths.