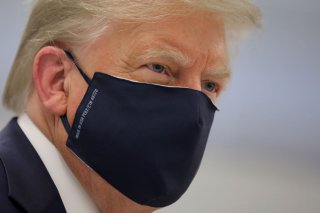 Most medical experts are in agreement: No-mask gatherings, house parties with hundreds of guests and crowded bars are some of the chief reasons why the United States has nearly 4.8 million confirmed coronavirus infections and more than 157,000 related deaths.

To put in perspective how off-the-charts the U.S. numbers are, there are about 18.5 million confirmed cases of coronavirus worldwide, including at least 701,000 deaths, according to the latest data from Johns Hopkins University.

“The thing that’s maddening is country after country and state after state have shown us how we can contain the virus,” Dr. Jonathan Quick, of the Duke Global Health Institute, told The Associated Press.

It has been well-documented in the media and occasional viral videos that many Americans have resisted wearing face masks or coverings and social distancing. Some have called such measures an infringement on their freedom and liberty. Others have called anti-maskers selfish and a danger to public health.

In Brandon, South Dakota, over the weekend, twenty-one-year-old Veronica Fritz was among the thousands of car-racing fans who packed into the 9,000-seat Huset’s Speedway.

“We’re kind of over this whole COVID thing. I won’t wear a mask unless I absolutely have to,” she told AP. “I am a very strong Christian and I know where I’m going, and I believe God will take me when I’m supposed to go. So, if I get COVID and I die from COVID, it’s not my decision.”

Josie Machovec is a mother of three who is suing over a mask ordinance in Palm Beach County, Florida.

“I’m someone who has looked into this extensively and don’t feel that it’s the right thing for me and my kids,” she told AP. “If we are healthy, we don’t need to be wearing them, and if we’re not healthy, if we’re sick, then we stay home.”

Public health experts say this issue has been exacerbated by often confusing and inconsistent guidance from politicians and both local and federal governments.

The result is that hot spots are now popping up in what once seemed like ideal places—rural areas with small populations— in which to ride out the pandemic.

“We’re at a point where there’s enough spread of COVID-19 that people throughout the U.S. are at an increased likelihood of encountering the virus and getting exposed,” University of Florida epidemiologist Dr. Cindy Prins told AP.

“This is a behavioral disease right now for a lot of people.” Prevention means “changing our behavior, and it’s so hard for humans to do. We’re social creatures.”

New coronavirus cases have gained steam in recent weeks—now averaging more than 60,000 a day. Nearly thirty states are seeing upticks in new cases, many in the South and West, and mortality rates are increasing in thirty-five states.

The average number of coronavirus fatalities per day over the past two weeks has climbed from about 780 to 1,056, according to AP data.