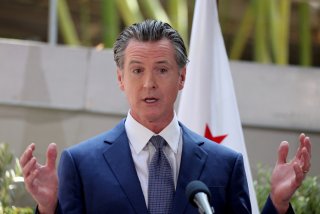 On Monday, Gov. Gavin Newsom of California declared a state of emergency to address the monkeypox outbreak, making California the third state to raise its public health response to the fast-spreading disease, the New York Times reported.

“California is working urgently across all levels of government to slow the spread of monkeypox, leveraging our robust testing, contact tracing and community partnerships strengthened during the pandemic to ensure that those most at risk are our focus for vaccines, treatment and outreach,” Newsom said in a statement, adding that the state has received more than 61,000 vaccine doses so far and has distributed more than 25,000.

“We’ll continue to work with the federal government to secure more vaccines, raise awareness about reducing risk and stand with the L.G.B.T.Q. community fighting stigmatization,” he continued.

Per CNN, the proclamation added that “expanding the pool of eligible vaccinators will substantially aid current efforts and support anticipated further vaccination efforts upon receipt of additional doses from the federal government.”

More than two months into the outbreak, there are nearly 6,000 monkeypox infections across more than forty-eight states, according to the Centers for Disease Control and Prevention (CDC). California has more than 820 cases as of Tuesday. Globally, more than 23,000 cases across eighty countries have been confirmed.

Some health officials, however, have contended that they are not exactly sure how fast the disease has spread, largely due to the fact that they have only limited information about people who have been diagnosed and they are unsure how many infected individuals might be spreading it unknowingly.

“Fenton and Daskalakis will lead the Administration’s strategy and operations to combat the current monkeypox outbreak, including equitably increasing the availability of tests, vaccinations and treatments,” the White House said in a statement, adding that they will also assist with efforts to educate the public on how the virus spreads.