CDC: 300,000 Excess Deaths in the United States Due to Coronavirus Pandemic 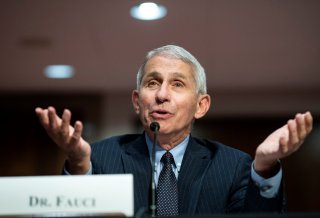 The ongoing coronavirus pandemic is responsible for nearly three hundred thousand more deaths than expected in a typical year, according to a new study conducted by the U.S. Centers for Disease Control and Prevention.

The data also revealed that the largest percentage rise in excess deaths were in those aged twenty-five to forty-four—representing a sizeable 27-percent increase compared to an average year. For individuals over eighty-five years old, there was a 14-percent rise in excess deaths.

There were also conspicuous differences by race and ethnicity. The report found that non-White communities were disproportionately affected by the pandemic, with excess deaths climbing 37 percent for Asian Americans, 33 percent for Blacks, and 54 percent for Hispanics.

“CDC continues to recommend the use of masks, frequent handwashing, and maintenance of social distancing to prevent COVID-19.”

There are likely two main drivers for the reported excess deaths. Many of the fatalities were probably the result of the novel coronavirus, but they weren’t recorded as such on official death certificates. Others can likely be attributed to deaths that are linked to the virus outside of hospitals from heart attacks, dementia, strokes, and diabetes.

The CDC found that “excess deaths have occurred every week since March 2020” with peaks during mid-April and early August.

Both White House coronavirus advisor Dr. Anthony Fauci and CDC Director Dr. Robert Redfield have warned that the fast-approaching holiday season and associated household gatherings could be the new drivers of coronavirus infections.

“In the public square, we’re seeing a higher degree of vigilance and mitigation steps in many jurisdictions,” Redfield said during a call last week with the nation’s governors.

“But what we’re seeing as the increasing threat right now is actually acquisition of infection through small household gatherings. Particularly with Thanksgiving coming up, we think it’s really important to stress the vigilance of these continued mitigation steps in the household setting.”

Fauci added that the United States is “facing a whole lot of trouble” as the weather gets colder and people spend more time indoors, where the coronavirus has been shown to spread more easily.