CDC Aims to Have Sewage Systems Tested for Coronavirus 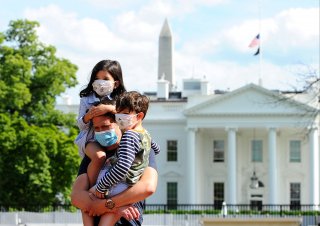 The U.S. Centers for Disease Control and Prevention, in partnership with the U.S. Department of Health and Human Services and other federal government agencies, will start working with state, local, territorial, and tribal health departments to collect coronavirus-related data on sewage samples.

The initiative, called the National Wastewater Surveillance System, or NWSS, according to the CDC’s updated guidance, aims to identify the novel coronavirus before it can spread rapidly in local communities. The reach has the potential to be immense, as an estimated 80 percent of all U.S. households are connected to a municipal sewage system.

The CDC noted that this type of testing isn’t intended to replace traditional clinical testing, but it could help certain areas where tests for the contagion are “underutilized or unavailable.”

Wastewater testing can also be used to see if an outbreak is worsening. Coronavirus-positive individuals who exhibit symptoms and those who don’t can shed traces of the virus, which allows scientists to collect more wide-ranging data, according to the CDC.

“There is real hope that this can be a sensitive, early warning” if, as officials ease social-distancing measures, the coronavirus begins to spread again, Peter Grevatt, CEO of the nonprofit Water Research Foundation, told STAT.

A similar venture has already been started by researchers from MIT’s wastewater analytics spinout Biobot, Harvard University, and Brigham and Women’s Hospital in Boston.

“We analyze viruses, bacteria and chemical metabolites that are excreted in urine and stool and collected in sewers. This information is a readout of our health and wellbeing as a community. We map this data, empowering communities to tackle public health proactively,” Biobot says on its website.

Early in the coronavirus pandemic, researchers from China discovered that SARS-CoV-2 could be found alive in fecal matter, meaning it is indeed possible to transmit the contagion through sewage systems. The team later published its findings in the Journal of the American Medical Association.

Then in Paris, France, researchers were able to sample sewage across major parts of the city, and they detected a rise and fall in coronavirus concentrations that corresponded to outbreaks in the region.

The researchers noted that this particular study, posted on medRxiv, was the first to prove that this technique could, in fact, detect a sharp rise in coronavirus-positive concentrations in sewage before confirmed cases exploded in clinics.

Other countries like Finland, Germany, and the Netherlands have also started utilizing this newfound method to gain keen insights into where the next potential outbreak could occur, according to STAT.

Sewage testing has been used to pinpoint other diseases like polio and to determine the prevalence of opioid use in some U.S. communities.

According to the latest data from Johns Hopkins University, there are more than 22.4 million confirmed cases of coronavirus worldwide, including at least 788,000 deaths.