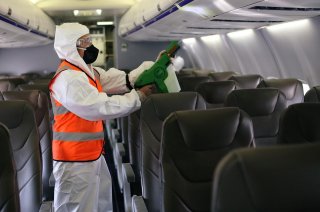 The U.S. Centers for Disease Control and Prevention has announced that it will require a negative coronavirus test from all air passengers seeking to enter the United States.

The new requirement expands on a similar one announced late last month for passengers coming from the United Kingdom, where a new and highly contagious variant of the virus was first detected.

Studies have shown that the new strain appears to spread more easily, but there is no evidence that it is any more deadly or causes more severe disease. At least seventy cases related to the variant have been found in ten U.S. states.

According to the agency, all air passengers will need to get a viral test within three days before their flight to the United States departs, and they must provide written documentation of their lab results—or documentation of having recovered from a coronavirus diagnosis.

The new directive applies to U.S. citizens as well as foreign travelers. The agency noted that it delayed the effective date until January 26 to give airlines and travelers more time to comply.

“Variants of the SARS-CoV-2 virus continue to emerge in countries around the world, and there is evidence of increased transmissibility of some of these variants,” the CDC said in a statement.

“With the U.S. already in surge status, the testing requirement for air passengers will help slow the spread of the virus as we work to vaccinate the American public.”

The CDC added that if a passenger isn’t able to provide documentation of a negative test or recovery, or chooses not to take a test, then the airline must not allow the individual to board the flight.

“Testing does not eliminate all risk, but when combined with a period of staying at home and everyday precautions like wearing masks and social distancing, it can make travel safer, healthier, and more responsible by reducing spread on planes, in airports, and at destinations,” CDC Director Dr. Robert Redfield said in the statement.

Earlier this month, the industry group Airlines for America expressed support for the new measure.

“(We are) writing to express our support for a (CDC) proposal to control the spread of COVID-19, including variants of the virus, by implementing a global program to require testing for travelers to the United States,” the organization wrote to Vice President Mike Pence.