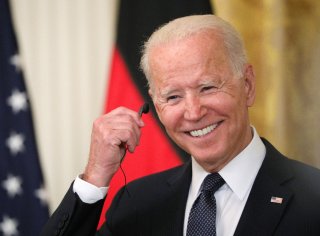 The Internal Revenue Service and the Treasury Department already have undertaken the monumental task of issuing millions of expanded child tax credit payments that are a major part of President Joe Biden’s American Rescue Plan.

These highly anticipated checks—viewed in some circles as the unofficial version of the fourth round of stimulus—will give eligible parents as much as $3,600 per year for a child under the age of six and up to $3,000 for children between ages six and seventeen. Broken down further, it all amounts to a $250 or a $300 payment for each child every month through the end of the year.

While an estimated forty million families and 90 percent of all children will directly benefit from this newest government-issued cash windfall, retailers across the United States also stand to boost their bottom line in the coming months, according to analysts.

The rollout of the child tax credit will essentially amount to an estimated $150 billion in stimulus over the next year, Cowen analysts noted, adding that the available extra dollars will be “an underappreciated catalyst for discretionary consumer spend.”

More specifically, Cowen called out retailers and restaurants as those that are primed to benefit the most from the expanded credits. For grocery stores, it identified Walmart, Target, and Grocery Outlet. As for e-commerce companies, there was no surprise when they settled on Amazon.

Cowen also estimated that air travel will see a roughly $1.15 billion boost from the child tax credits, as the July 15 payments coincide with the summer vacation season.

Target recently said in a statement that stimulus, including the child tax credits, “could serve as near-term tailwinds for our business.”

“It’s a good thing for Walmart and grocery stores,” Jim Sullivan, an economics professor at the University of Notre Dame who is studying the impact of the coronavirus pandemic on Americans living in poverty, told CNBC.

“The retail sectors where middle- and lower-income families spend money are likely to benefit some from this,” he added.

A recent survey conducted by Doxo could offer hints regarding the child tax credits’ potential reach. It revealed that 95 percent of Americans admitted that stimulus checks helped improve their financial well-being over the past year, while about 90 percent said the stimulus helped them between “a little” and “a great deal.”

In addition, approximately nine in ten respondents said they felt confident that the stimulus will help the U.S. economy improve between “a little” and “a great deal,” while 63 percent said their financial health will recover within the next twelve months.