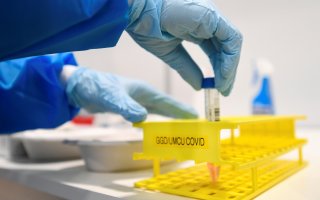 A preprint study conducted by Chinese scientists is arguing that the novel coronavirus originated in India or Bangladesh during the July to August 2019 period when a devastating heatwave earlier that year forced animals and humans to share the same water sources.

The controversial paper, authored by researchers at the Shanghai Institute for Biological Sciences, was posted on SSRN.com, the preprint platform of the medical journal The Lancet. Titled “The Early Cryptic Transmission and Evolution of Sars-Cov-2 in Human Hosts,” the research based its findings on research into strains of the coronavirus that were obtained from seventeen countries.

The team relied on a method called phylogenetic analysis—a technique in which mutations of the virus are closely examined—to conclude the origin of the contagion. The researchers claimed that the strains with the most mutations have been circulating for a longer time, and those with fewer mutations are closer to the original ancestor of the coronavirus.

According to the analysis, Wuhan, China, was ruled out as the initial source of the virus, but saw the countries of Bangladesh, India, the United States, Greece, Australia, Italy, Czech Republic, Russia, and Serbia as potentially strong candidates.

Many outlets of the state-run Chinese media have also reported that imported food products from several different countries were discovered to have traces of the virus, suggesting that the contagion may have entered the country through foreign shipping routes.

“Even though China was the first to report coronavirus but doesn’t necessarily mean China is where the virus originated,” Chinese Foreign Ministry spokesman Zhao Lijian said in a media briefing.

“So, we believe the origin process is a complex scientific issue which requires joint efforts on COVID-19 cooperation from the scientific community worldwide. Only by doing so, we can guard against future risks because origin tracing is an evolving and sustained process that involves many countries and regions.”

A team from the World Health Organization aiming to investigate the origin of the virus is due to arrive in China, though no specific date has been announced. The agency had previously stated that the coronavirus was not circulating elsewhere before Wuhan began implementing measures to contain the first reported outbreak.

Another recent study has suggested that the novel coronavirus might have been circulating in Italy far earlier than previously thought, but the authors have stated that their findings do not in any way dispute the Wuhan origin of the coronavirus.

The research, conducted by the National Cancer Institute in the Italian city of Milan and published in the science magazine Tumori Journal, revealed that the virus was likely already present in Milan last September—a full five months before the country’s first coronavirus-positive patient was detected and three months before the initial outbreak was reported in Wuhan.

After the study’s publication, some scientists argued that the findings had the potential to change the origin history of the ongoing pandemic and called for further tests.

The Chinese government responded to the study by saying that the origin of the virus may, in fact, involve several different countries.