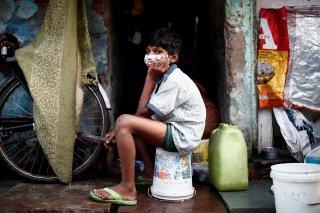 The West’s tepid response to the global impact of COVID-19 could result in 640 million people being infected and 1.7 million deaths in the world’s poorest countries, the UN has warned.

According to UN aid chief Mark Lowcock, coronavirus support to poor countries has been so far “grossly inadequate and that’s dangerously shortsighted.”

The UN increased its target humanitarian funding to $10.3 billion to assist 63 countries, mainly in Africa and Latin America. Lowcock, however, admitted that the UN has only received $1.7 billion.

“The message to the G20 is step up now or pay the price later,” Lowcock told reporters ahead of this weekend’s Group of 20 virtual meeting.

COVID-19 has already infected nearly 14 million worldwide and has been responsible for about 600,000 deaths, according to the latest data from Johns Hopkins University.

The UN has warned that if action is not taken quickly, the pandemic and the related economic recession will likely trigger an increase in global poverty for the first time since 1990.

Lowcock added that he had lobbied U.S. lawmakers for funding earlier this week. So far, Congress has committed $2.4 billion in emergency foreign aid.

In May, China’s President Xi Jinping pledged $2 billion to assist countries hard hit by the virus.

Lowcock said he would “very much welcome it if some significant proportion of those resources could be used directly to support the global humanitarian response plan.”

The economy of sub-Saharan Africa is predicted to contract by 3.2%, Middle East and Central Asia 4.7%, Latin America and the Caribbean 9.4% and low- and middle-income Asian countries 0.8%.

The UN said these projections reflected the most expansive collapse in per-capita income since 1870.

“Nevertheless, these annualized GDP projections fail to capture the extent to which millions of people will experience transient poverty in response to COVID-19,” the UN stated.

“In the absence of social security to smooth this shock, income losses of these magnitudes will have severe consequences for the livelihoods and well-being of people.”