The Coronavirus Is Exposing Decay of American Political Culture 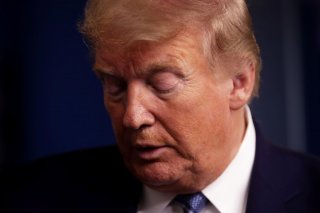 Francis Fukuyama wrote in his 2014 book Political Order and Political Decay that “there is substantial evidence” that “the overall quality of the American government has been deteriorating for more than a generation.” Kurt Andersen, author of Fantasyland (2017), wrote that America has become “untethered from reality.”

Fukuyama’s book came out before Donald Trump was elected president, but now the country has a professional showman for president who eschews responsibility for running the country. Trump’s presidency was not the impetus for the decline of American political culture, but it was brought about by it, and it has since exacerbated it. The American coronavirus outbreak that was caused his incompetence lays bare the crisis of American political and cultural decay.

American power has been held up by strong alliances, competent governance, support for science and technology, and the liberal international system that the United States took the lead in constructing. All of these entities are being demolished at a rapid pace. Trump has consistently picked petty fights with America’s G7 allies in Europe and its treaty allies in East Asia, with the effect of both weakening the projection of American hegemony and dissuading allies from cooperating.

At the same time that South Korea is donating hundreds of thousands of test kits to the United States, Trump is rejecting a South Korean proposal to increase funding by 13 percent for U.S. troops stationed in their territory while casting the Koreans as ungrateful. These pointless negotiations have become an annual game for Trump, jeopardizing American force projection in a critical region. He says, “We’re doing a tremendous service,” unaware that it benefits America to have troops on the ground, able to deter and respond at a moment’s notice to a crisis in North Korea, China, or the Pacific.

In Trump’s mind, national defense is either charity or a profit-making business venture. Hence, his (rhetorical) plan for Syria was to “take the oil,” and he justified sending troops to Saudi Arabia on the (false) claim that the theocratic kingdom “is paying us for it.” The real reason for sending troops was because Iran is waging a low level war with the Saudis, exacerbated by Trump’s provocations, requiring an enhanced American presence for the defense of national interest.

America has, to some degree, glided through the first three years of the Trump administration and, on a larger scale, the three decades following the end of the Cold War, on accumulated political capital, wealth, and political institutions. America has been strong enough and rich enough to waste a lot in Iraq and remain the number one global superpower. It has enough expertise in the “deep state” to coast along for three years with an incompetent leader. For a while there was no imminent threat, and it looked like the slow collapse of American dominance would continue at a Romanesque pace.

But now coronavirus exposes America as a paper tiger. When a global pandemic came about that required smart and strong leadership, America’s weaknesses were on full display. The American president ignored warnings from health professionals and intelligence agencies. He dismissed media coverage of coronavirus as a “hoax” and compared the virus to the flu. His statements were harmful to the efforts to fight the virus.

Foreigners already had a view of Americans as gun-toting rabble rousers. Frequent mass shootings scare some into thinking twice before visiting the United States. Now images coming out of America and being printed in foreign papers show middle-aged white guys in camo-gear storming state capitols with AR-15s, in explicit violation of the law.

People would be prevented from congregating in most nations and fined, as much as $33,000 even in democratic countries like Taiwan, for violating quarantine orders. But in America, the security guards let armed protesters walk on by the metal detectors at Kentucky’s State Capitol, and the Attorney General is scheming to sue states for taking measures that are fully in line with the administration’s “Opening Up America” guidelines.

Threatening to defund the World Health Organization as a political stunt is just the latest of many unilateral withdrawals from international organizations, including the Paris Climate Accord, the Iran deal, and the undermining of the North Atlantic Treaty Organization and the World Trade Organization. So, at a time when China is facing its greatest challenge yet to its reputation and its push for hegemony, the United States has utterly failed to unify other countries to put pressure on China. In fact, the G7 failed to reach an agreement on so much as a statement because the Trump administration insisted on calling COVID-19 the “Wuhan virus”—language Trump himself abandoned a few days later, anyway, after a phone call with Xi.

Of course, it’s not the first time something like this has gotten in the way of international diplomacy. He took his name off the G7 statement in 2018 after Canadian Prime Minister Trudeau responded to Trump’s aluminum tariffs, and he canceled a visit to Denmark after Danish Prime Minister Frederiksen told him what she thought of his plan to buy Greenland.

Trump has gotten no one on board to support his Iran policy. If anything, the P5+1 countries have been trying to do what they can to undermine Trump’s Iran policy. He has convinced almost no one to go along with him on limiting Huawei’s reach and forcing China to change its trade policies. Why would Canada or Europe join him in that effort when he’s putting tariffs on them, too?

In short, Trump has failed on every level to accomplish his proposed foreign policy objectives with a go-it-alone, pressure and deal-making-based strategy. His failures have instead proven the need for global partnerships. His administration’s alleged plans to take drugs from Germany and India for itself, proposals to limit exports of equipment, and now his Twitter proposal to ban immigration will not help on those fronts either.

With 826,200 cases, the United States has more confirmed cases per capita than the United Kingdom, Germany, Turkey, Iran, and most countries besides Italy and Spain. Ten times as many people die every day in America as how many have died this whole time in South Korea.

Now some states are already starting to relax anti-coronavirus measures at a time when the number of new cases is nowhere near declining. The rest of the world can see the effectiveness of America’s policies. But most tragically, Americans are dying by the tens of thousands.