Coronavirus Has Exposed The Need To Reform The United Nations 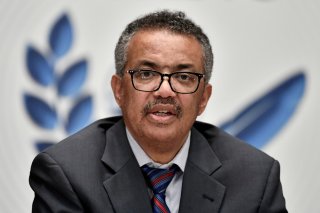 The twenty-first century has seen a growing malaise in trust in global governance, and for good reason. Just as COVID-19 gripped the globe, Brexit continued to embroil politics in the United Kingdom, U.S. leadership in NATO wavered, and controversy over the UN Human Rights Council’s political contours raged on. While the United States prides itself as a leader in many aspects of the global coronavirus response (including as a major funder to the World Health Organization, UN Children’s Fund, UN Refugee Agency, and the World Food Program), widespread American skepticism towards the very global institutions it helped found and fund are now commonplace across the American political spectrum.

Today’s attention has rightfully turned to the WHO, as many of its strengths and weaknesses have been exposed. The institution, and its mechanisms such as the International Health Regulations (IHR), which were established to protect against global health emergencies, failed to prevent a pandemic. The WHO now faces widespread criticism for falling victim to politics and failing to act decisively. And yet, the flaws exposed in the institution at this moment should not be viewed in isolation—they are reflective of similar constraints across a wider system of flawed international institutions. Coronavirus emerged in a world in which even the strongest proponents of international institutions have had to face their modern failings. The United Nations, founded in 1945 in the trappings of a postwar order, aimed to “save succeeding generations from the scourge of war.” Over more than fifty years, the institution has evolved, along with many of its sub-agencies, into a bureaucratic, sluggish political space marked by global gridlock and controversy, unable to thwart so much of the modern conflict and suffering of the twenty-first century.

And yet, a global health pandemic at unprecedented scale has underscored the point that perhaps now, more than ever, the world can benefit from the coordinated, structured mechanisms global institutions promise, even if they fail to deliver the whole of their lofty goals. Within the fog of war often brought on by crisis, perhaps one fact is most clear: The current system of global governance isn’t working, and, yet, we are still better off with it than without it. With today’s hyper-connected global order, America will be stronger if it works with—and strongest if it leads—the best channels we can build for global cooperation, rather than against them.

But what if we could improve the system? The post-WWII-era of global governance is in urgent need of a modern reboot. With longstanding debates on UN Security Council reform feeling all but exhausted, we need renewed leadership around spaces that enable innovation and flexibility in a post-coronavirus era. The creation of a “World Emergency Council”—a new mechanism either designed carefully from within the UN system or situated beyond it—based on a coalition of the willing committed to learning from past failures and committed to rebooting global institutions could surely add to a more effective, equipped system for the twenty-first century.

Why do we need a different institution? Because the current ones simply aren’t fit for this purpose, but are based on dated, failed designs. Many aspects of global engagement are siloed and funneled into sectors such as “health” and “economics,” but the coronavirus has taught us that the most pressing global challenges are cross-sectoral. Health challenges posed by the pandemic are intrinsically connected to the aspect of security, migration, human rights, development, global trade and finance, and more, and require cross-sectoral attention in both prevention and response. The UN has expert bodies that work in these areas, but too often they fail to engage one another. This failing has been identified in many issues, for example in the prevention of violent extremism, a priority area of work requiring cross-sectoral collaboration, foresight and coordination, which suffers from a “silo problem” on the UN agenda.

The first function a World Emergency Council could provide is a space for experts to convene to establish agreed principles for basic rights of populations and duties of governments in global emergency response. Much like the activities which led to the agreement on the Universal Declaration of Human Rights (UDHR) in 1948, the establishment of aspirational principles on a global scale can be helpful in clarifying expectations, setting agreed language, and used as an anchoring point for advocates to point to in claiming and negotiating rights and governance-related issues once crisis hits. Just as the UDHR was “not a binding treaty, only a ‘standard of achievement’ to which nations should aspire,” the symbolic power of these standards, even if not always attainable, can be manifold, and should be developed with a special consideration of certain fundamental principles of global cooperation, governance, and rights in crisis.

Second, the Council could work on prevention, convening experts to consider the potential for future crises on the horizon across sectors, supporting them in developing agendas to fit into wider national and global agendas to consider the potential for crisis before it hits. Prevention is often a critical, but less valued area of diplomacy, policymaking and research, and the coronavirus has only highlighted prevention’s importance. The warning signs of the global pandemic were already present before the pandemic hit, for example in the form of a now-much-watched Ted Talk from Bill Gates in 2015. But without a dedicated global space for regular reflection and prioritization of potential health, security, environmental and financial risks in the future (and their possible intersections), they often fall down the agenda and are replaced by “more pressing” concerns. A dedicated space for regular discussion of future risks could help address this.

Third, the Council could work to efficiently mobilize experts and enhance coordination and knowledge sharing beyond sectoral frames once crisis hits. This could establish preexisting mechanisms for data sharing and policy coordination—avoiding, for example, confusion or surprise at the establishment or trade or travel bans among world leaders or sudden snags in data sharing. In a world of “Twitter Diplomacy”—a trusted, formal channel for sharing official knowledge on policies affecting global populations could help streamline information sharing and establish possible channels to smooth coordination before any crisis takes hold.

We will surely face many of the same challenges: power differentials, resourcing, bureaucratic bloat—but we can also benefit from the lessons of past failures to learn about what works to recognize realistic constraints and improve global governance. We must focus on making organizations nimble, thin, and efficient—and focus on their strengths as vehicles for knowledge sharing, dissemination and coordination.

Some truths about international organizations will always remain true, that a fluctuation in forces between nationalism and internationalism will constantly evolve based on context and politics and cannot always be predicted or static. It is also true that international institutions can only ever be as strong as national governments allow them to be. But another truth has been laid bare by the crisis. To many, the onslaught of the coronavirus emergency has underlined the importance of the nation-state and its borders for certain forms of protection, as well as the weaknesses we have in pretending we exist only within them. The United States, as a leader in the creation of the global system, should ensure humility, leadership, and partnership in the consideration of new mechanisms and spaces for global coordination, a priority area of new work which is truly in the interest of all nations in a post-coronavirus era.

Rachel George is a Senior Research Officer at the Overseas Development Institute in London, where she specializes in gender, international law and human rights. She holds a PhD in International Relations from the London School of Economics. Her research has been published in a range of books and journals including in Human Rights Review, and as chapters in the Routledge History of Human Rights and The Arab Gulf States and the West: Perception and Realities – Opportunities and Perils.