Coronavirus Relief Package: What Might Be Included (Another $1,200 Check?) 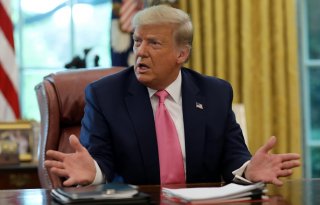 Senate Majority Leader Mitch McConnell (R-Ky.) and House Speaker Nancy Pelosi (D-Calif.) will lead congressional efforts in the next three weeks to negotiate a deal on the fifth coronavirus relief package, despite the tight pressures and polarizing political priorities from both parties.

Congress returned from a two-week recess on Monday, with McConnell dominating the White House and Republican provision negotiations. Republicans have been disagreeing on the package, so McConnell wants to bargain within the party before bringing it to the Democrats for further discussion.

It’s unclear when official party negotiations will begin, as McConnell is set to introduce the Republican bill to his caucus this week. The majority leader has expressed, however, that this round will be more challenging.

“Making laws is not easy… This is four months later, we’re much closer to the election. It’s much more challenging politically to get everybody in the same place. So I’m not predicting our next product is going to be without more, dramatically more, controversy and partisanship,” he said while visiting Kentucky.

Democrats and Republicans remain divided on a number of provisions for the next package, unlike in the previous legislation that had little to no opposition from both parties.

Democrats want to extend the weekly $600 unemployment bonus created in the Coronavirus Aid, Relief and Economic Security (CARES) Act passed in March that provided additional financial relief to anyone who’s unemployed during the pandemic. Republicans view the added benefit as a disincentive to work and therefore want to omit it from the next package.

“I think they’re going to feel a kind of heat they’ve never felt before,” Rep. Dan Kildee (D-Mich.) said, referring to the Republican refusal to continue the benefit. “It’s not just like at midnight on July 31 we can vote and solve this problem. We have to get it done in time for states to get the necessary steps to not kick people off the system.”

The House is scheduled to leave for August recess on July 31, and the Senate is slated to leave Aug. 7. The House has been advised to have the first week of August open, in case negotiations aren’t finalized before the end of the month.

Republicans want to include liability protection for businesses, hotels and schools, a provision Democrats have resisted to support.

President Donald Trump said he might not sign a bill that doesn’t include a payroll tax cut.

“I have to see but, yeah, I would consider not signing it if we don’t have a payroll tax cut,” Trump told Fox News’ Chris Wallace in an interview Sunday.

The president has noted in the past that Republicans are in favor of this tax cut, but Democrats have opposed the idea.

Treasury Secretary Steven Mnuchin also hinted Friday of changes to the Paycheck Protection Program (PPP), a forgivable loan program for small businesses that suffered due to the impacts of COVID-19. The program covered costs to pay workers, as the Small Business Administration approved nearly 5 million loans worth $518 billion, according to Roll Call.

“Next phase relief should extend the PPP, but on a more targeted basis for smaller companies, and those that are especially hard hit, such as restaurants, hotels and other travel and hospitality businesses,” he said.

Mnuchin stressed that the next PPP should focus on businesses hit hardest from the pandemic with “significant revenue declines.”

Republicans want a price tag of no more than $1 trillion for the next package, but the House has already passed a $3 trillion legislation in May.

Other provision negotiations expected to take place are increased funding for testing, aid to reopen schools safely and properly and another round of stimulus checks, but with a lower salary cap.