Could Coronavirus Cause Brain Damage? New Evidence Has Scientists Worried. 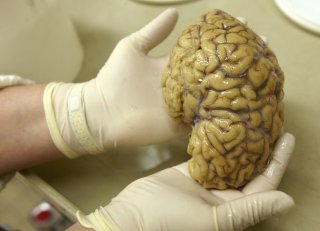 British scientists have warned of a potential wave of coronavirus-related brain damage, as new evidence suggests COVID-19 can lead to severe neurological complications, which may include inflammation, psychosis and delirium.

Experts at the University College London (UCL) carried out the study, which was published in the journal Brain.

The researchers pointed out that COVID-19 could bring about deadly complications like strokes and nerve damage—even if individuals don’t showcase the usual respiratory symptoms associated with the disease.

“We identified a higher than expected number of people with neurological conditions such as brain inflammation, which did not always correlate with the severity of respiratory symptoms,” the study’s co-author Michael Zandi, of UCL’s Institute of Neurology, said in a news release.

“Whether we will see an epidemic on a large scale of brain damage linked to the pandemic—perhaps similar to the encephalitis lethargica outbreak in the 1920s and 1930s after the 1918 influenza pandemic—remains to be seen.”

From April to May, the study examined 43 patients treated at UCL Hospitals for either confirmed or suspected COVID-19 infections. Their ages ranged from 16 to 85, and they all showcased mild to severe symptoms.

Among these individuals, the researchers discovered 10 cases of “temporary brain dysfunction” and delirium, 12 cases of brain inflammation, eight cases of strokes and eight cases of nerve damage.

Most of the patients suffering from brain inflammation were diagnosed with a condition known as acute disseminated encephalomyelitis (ADEM), which is more often witnessed in children and is triggered by a viral infection.

The team said it would normally see about one adult patient with ADEM per month, but this had risen to at least one a week during the study period.

“Given that the disease has only been around for a matter of months, we might not yet know what long-term damage COVID-19 can cause,” the study’s joint first author Ross Paterson, of UCL’s Queen Square Institute of Neurology, said in a statement.

“Doctors need to be aware of possible neurological effects, as early diagnosis can improve patient outcomes. People recovering from the virus should seek professional health advice if they experience neurological symptoms.”

The study’s authors noted that more follow-up studies will be necessary to better understand the potential long-term neurological consequences of the coronavirus.

“This now sets up a template for other researchers around the world, facilitating coordinated research to optimize the diagnosis and treatments of these complications, which to date, has proved difficult,” the study’s joint senior author Hadi Manji said in a news release.