Could the Wuhan Coronavirus Really Have Been Released From a Lab? the Simple Answer Is: Yes 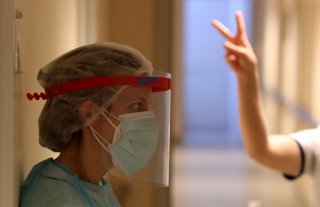 Everyone knows that COVID-19 first broke out in the city of Wuhan, the capital of Hubei province in central China. The generally accepted theory is that, like the virus that caused severe acute respiratory syndrome (SARS) in 2002, the COVID-19 virus originated in bats and was passed on to humans in a live animal market. China has had markets selling live game meat since time immemorial (Marco Polo noted them in the thirteenth century), and this officially-endorsed account certainly is possible.

But Wuhan is also the home of the Wuhan Institute of Virology (WIV), the top virus research lab of the Chinese Academy of Sciences, and the WIV has long been researching exactly the kinds of coronaviruses as the one that started circulating in Wuhan late last year. Was this just a coincidence? Or could the Wuhan coronavirus have originated in the WIV lab and been accidentally released to the public?

Virus experts seem to agree that the Wuhan coronavirus was not specifically engineered as a bioweapon, but that doesn’t mean that it wasn’t being studied in the WIV lab. It could have been created in the lab as part of an experiment (the WIV lab has created other, similar coronaviruses in the past), or it could have been collected in nature by the lab’s field researchers, who have been engaged in exactly this kind of research for at least two decades. As for an accidental release, that happens all the time.

Donald Trump may be the first world leader to openly air the lab release theory, but it was Chinese scientists who first suggested it. Their paper was scrubbed from the web almost as soon as it appeared, almost certainly on the orders of the Chinese government. They pointed out that (1) the bats identified as the likely source of the Wuhan coronavirus lived “more than 900 kilometers away,” (2) bats were not traded at the Wuhan seafood market identified as the source of the virus, and (3) an affiliate of the WIV lab, the Wuhan Center for Disease Control & Prevention (WHCDC) is less than 280 meters away from the now-notorious seafood market.

They further cited academic studies showing that the very bat species that are linked to the Wuhan coronavirus were being extensively studied at the WHCDC, with hundreds of live bats being captured in the wild in southern China and transported to the lab for study. They noted published cases of bats biting their handlers and tics that had been feeding on the bats later biting humans. Imagine keeping hundreds of coronavirus-infected wild bats fed and cleaned on a daily basis while regularly pulling them in for study and dissection, and you get the idea of the challenge of containing the virus.

The lab release theory should have been the default hypothesis for the origins of the Wuhan coronavirus right from the beginning, but instead the scientific community has closed ranks behind the Chinese government. They may be protecting China to protect themselves. Virology labs have a long history of accidentally exposing the public to killer pathogens. The Ebola-like Marburg disease even got its name from an accidental release of a virus from a research laboratory in Marburg, Germany in 1967. The Wuhan coronavirus’s closest cousin, the virus that causes SARS, was accidentally released from a Beijing laboratory in 2004, infecting two researchers there.

The final victim of smallpox, the only disease ever to be completely eradicated from the Earth, was infected by an accidental laboratory release in Birmingham, England in 1978.

We simply don’t know whether or not the COVID-19 pandemic originated in a Chinese virology lab. The Chinese government certainly is not going to tell us, and the China-infiltrated World Health Organization will do nothing to hold China to account. The only way we will find out for sure is if a courageous whistle-blower comes forward, but there is a good chance that any potential whistle-blowers are already under arrest—or dead from the disease.

The fundamental problem here is trust: no one can trust the Chinese government to tell the truth, to open itself to external scrutiny, or to properly and publicly investigate itself. So the accidental release theory will remain a theory, and the public debate will have to settle for probabilities instead of certainties. The public deserves better. But at least here in the free world, we will have that debate.