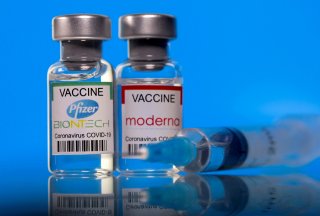 Even with the recent emergence of the Mu variant, the highly transmissible Delta variant is still considered the “most concerning” coronavirus strain currently circulating globally, according to the World Health Organization.

Maria Van Kerkhove, the agency’s technical lead for the coronavirus pandemic, stated during a virtual press event earlier in the week that the Mu variant, which seemingly has the potential to evade immunity provided by a previous infection or vaccination, has yet to make significant inroads into countries like the more common Delta variant.

“The Delta variant for me is the one that’s most concerning because of the increased transmissibility,” she said.

Since being first detected by scientists in India last fall, the Delta variant already has spread to at least one hundred seventy countries. Here in the United States, the variant is now the dominant strain and represents more than 95 percent of all sequenced cases, according to the U.S. Centers for Disease Control and Prevention.

The Mu variant, on the other hand, has been found to be circulating in forty-nine states. Only Nebraska has managed to avoid contracting a single case of the variant. Also known by medical professionals as B.1.621, it was recently added to the WHO’s list of variants “of interest.”

This variant “has a constellation of mutations that indicate potential properties of immune escape,” the WHO wrote in its COVID epidemiological report, adding that it already has been identified in approximately forty countries.

“We actually don’t know what the consequences would be. The concern is that it has a few—a constellation of mutations that would indicate that it might evade the protection from certain antibodies,” he continued.

WHO officials also added that they fully expect the coronavirus to continue to mutate in unvaccinated countries and “evolve like influenza pandemic viruses.”

“I think this virus is here to stay with us and it will evolve like influenza pandemic viruses—it will evolve to become one of the other viruses that affects us,” Ryan said.

“People have said we’re going to eliminate or eradicate the virus. No, we’re not, very, very unlikely,” he added.