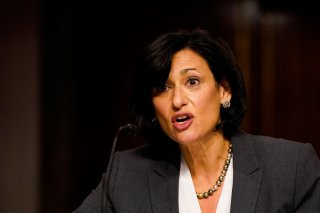 The virus that causes polio has been discovered in New York City’s wastewater, raising concerns that the disease is quietly spreading among the unvaccinated, according to a New York Times report.

In response, health authorities are urging parents to get their children vaccinated against the potentially deadly virus as soon as possible.

“The risk to New Yorkers is real but the defense is so simple—get vaccinated against polio,” said New York City Health Commissioner Dr. Ashwin Vasan, per the Associated Press.

“With polio circulating in our communities there is simply nothing more essential than vaccinating our children to protect them from this virus, and if you’re an unvaccinated or incompletely vaccinated adult, please choose now to get the vaccine. Polio is entirely preventable and its reappearance should be a call to action for all of us,” he continued.

Dr. Jose Romero, director of the Centers for Disease Control and Prevention’s (CDC) National Center for Immunization and Respiratory Diseases, noted that the current situation is “sobering.”

“We know polio spreads silently, and it’s likely that there are many people infected with polio and shedding the virus in these communities,” he said. “This is also an urgent and living reminder of the importance of vaccination.”

Last month, one person suffered paralysis due to a polio infection in Rockland County, north of New York City. However, CDC officials explained that the virus identified in wastewater samples collected in New York City did not contain enough genetic material to determine if they were linked to the patient in Rockland County.

Meanwhile, according to the Washington Post, Britain will begin offering polio booster doses to children ages one to nine in London after the virus was detected in wastewater in parts of the city. The U.K. Health Security Agency said that the vaccination program will start in areas where traces of the virus have been detected and vaccination rates are low.

Once a common virus, polio is transmitted through contaminated water and food or contact with an infected person. In some young children, the disease can affect the nerves and cause muscle weakness or paralysis, which can sometimes be fatal. There is no cure, but it is easily preventable by the polio vaccine, which became available starting in 1955.

In 1952, during one of the most severe U.S. polio outbreaks, the virus infected nearly 60,000 people, paralyzed more than 21,000, and killed more than 3,100. In 1979, polio was declared eliminated in the United States, meaning that there was no longer routine spread.