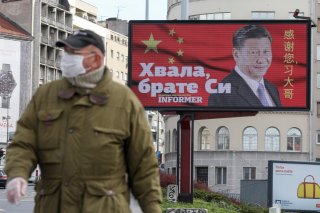 As the western world continues to be plagued by the coronavirus pandemic, outrage from both the public and the Trump administration is being aimed at the origin of the virus: China.

The ruling communist party stands publicly accused of fostering the ecological circumstances that made the virus possible, silencing early whistleblowers about the severity of the disease, and falsifying both the number of cases and the corresponding death rate to the World Health Organization.

Now, according to documents obtained by The Associated Press, it appears that the Chinese government allowed massive public gatherings to take place while knowing it would drastically expedite the spread of the virus.

The documents are memos that recorded a confidential teleconference that took place between Ma Xiaowei, head of China’s National Health Commission, and provincial health officials. One memo states that the purpose of the teleconference was to communicate instructions regarding the containment of the coronavirus that was given directly from President Xi Jinping, Premier Li Keqiang and Vice Premier Sun Chunlan. It does not detail what those instructions were.

“The epidemic situation is still severe and complex, the most severe challenge since SARS in 2003, and is likely to develop into a major public health event,” Ma said, according to the memo.

In a separate section, titled “sober understanding of the situation,” the memo specifies that “clustered cases suggest that human-to-human transmission is possible.” Its example was a new case of the disease in Thailand, which had now “changed significantly” the situation.

The memo also reflects an awareness of the coming festivities in the nation. “With the coming of the Spring Festival, many people will be traveling, and the risk of transmission and spread is high,” it reads. “All localities must prepare for and respond to a pandemic.”

Following this teleconference, where party officials were informed about the dangerousness of the coronavirus, and its potential to spread, it still took six days for the Chinese government to act. The information was not even made public during that time.

Meanwhile, Wuhan, the epicenter of the virus, also became the epicenter of mass annual celebratory banquets. Tens of thousands of people attended these packed events, while millions of others began their travels for the Lunar New Year celebrations.

“This is tremendous,” Zuo-Feng Zhang, an epidemiologist at the University of California, Los Angeles, told Politico. “If they took action six days earlier, there would have been much fewer patients and medical facilities would have been sufficient. We might have avoided the collapse of Wuhan’s medical system.”

And if Chinese authorities had been able to control the virus when it was still localized, it would not have spread to other parts of the world or become a global pandemic.

The Chinese government has denied the authenticity of these memos.