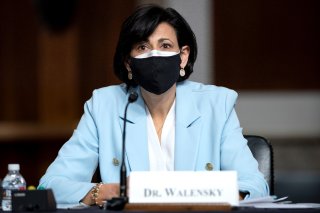 Big changes are in store at the long-embattled U.S. Centers for Disease Control and Prevention (CDC), according to a new Politico report.

On Wednesday, Dr. Rochelle Walensky, the director of the nation’s top public health agency, announced a major shake-up of the organization—including internal staffing moves, communication enhancements, and steps to speed up data releases—admitting that the CDC fell far short in its response to Covid-19.

The CDC has also been heavily criticized for its handling of the fast-growing monkeypox outbreak and other public health threats.

“For seventy-five years, CDC and public health have been preparing for Covid-19, and in our big moment, our performance did not reliably meet expectations,” Walensky said in a statement.

“As a long-time admirer of this agency and a champion for public health, I want us all to do better,” she continued.

The proposed restructuring plan follows two reviews that were completed in recent months—one by Health Resources and Services Administration official Jim Macrae into the CDC’s coronavirus pandemic response and another by CDC Chief of Staff Sherri Berger into the agency’s operations.

According to an agency statement, the reviews concluded that the “traditional scientific and communication processes were not adequate to effectively respond to a crisis the size and scope of the Covid-19 pandemic.”

There is a broad belief that the agency “needs to make some changes for how it communicates and how it operates—to be faster, to be nimbler, to use more plain spoken language,” said one CDC official, who was granted anonymity to discuss the changes before they were announced, per Politico.

“People work incredibly, incredibly hard and care deeply about trying to make sure that the American people have the right information. Maybe the way that a lot of the [Covid-19] response was structured, and some of the incentives that people have here, are just not aligned properly to really put the focus toward getting information to people quickly and how that information can benefit Americans’ health,” the official concluded.

Walensky noted that she will convene an executive council that will further determine agency priorities, track its progress, and weigh in on budget decisions.

“My goal is a new, public health action-oriented culture at CDC that emphasizes accountability, collaboration, communication, and timeliness,” she said. “I look forward to working with the incredible people at CDC and our partners to realize the agency's fullest potential to benefit the health and well-being of all Americans.”