Encouraging Signs of the Omicron Variant 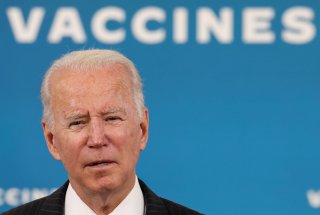 The appearance of the Omicron variant, around Thanksgiving, set off panic around the world, as both individuals and governments suddenly had to worry about the possibility of a major new coronavirus surge. This uncertainty was enough to spook markets around the world in the subsequent days and weeks.

Now, almost two weeks later, while there remains uncertainty, there appears to be optimism about the trajectory of the Omicron variant.

The New York Times reported on Monday that researchers in South Africa have found that while the spread of the virus has been quick, it “may cause less serious Covid cases than other forms of the virus.”

It remains early, and some variants of the past have not shown severe illness and death at first before things got worse later. And the New York Times stated that “more study is needed before experts can say much about it with confidence.”

The New York Times based its report on researchers at a hospital in Pretoria, South Africa, who have treated patients with the Omicron variant. The researchers said they have heard of similar results from other hospitals in the area. South Africa has been reporting around sixteen thousand coronavirus cases a day, compared with around three hundred a day a month earlier, according to the New York Times.

The newspaper also reported that as of late Monday, the Omicron variant had been spotted in more than thirty countries, on six continents.

As of Tuesday morning, the Standard & Poor’s 500 had jumped 1.8 percent, while the Nasdaq gained 2.4 percent.

“This morning’s rally is being fueled by the belief that the omicron variant will not create many problems for the global economy … and that China has pledged measure to support economic growth,” Matt Maley, chief market strategist for Miller Tabak + Co, said on Tuesday, according to Bloomberg News.

Like the situation with Omicron variant itself, the markets are not out of the woods yet, but signs are encouraging.

Another positive sign is for U.S. consumers, as gas prices have begun to drop after rising for much of 2021. According to GasBuddy, the average price of gasoline in the United States is now $3.34 a gallon. That’s much higher than it was a year ago, but still down 5.3 cents from a week ago and 6.9 cents from a month ago.

Oil prices have fallen worldwide on fears of the Omicron variant, but OPEC’s recent decision to continue increasing oil production was also a factor in the increase, the site said.