The Entire Population of Wuhan is Getting Tested for COVID-19 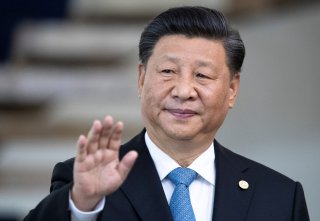 How exactly the coronavirus pandemic began, whether it was in nature or from a virology lab, is still very much an open question. But we do know that it began, and first struck, in the city of Wuhan, China.

And now, more than a year and a half after the virus first surfaced, it has resurfaced again in Wuhan.

The BBC reported Tuesday that Wuhan has recorded seven locally transmitted cases, the first cases recorded there in over a year. As a result, authorities there will begin testing the entire population.

Reuters reports that there all 12 million residents of Wuhan will be tested. That region had put stringent lockdowns in place following the original virus outbreak back in early 2020.

China itself, per the BBC, has seen 300 cases detected in the last ten days. China is being affected by the same Delta variant that has spread throughout the United States this summer.

The BBC added that much of the recent infection in China centered on Zhangjiajie in Hunan province, where as many as 5,000 people are believed to have attended performances at a certain theater. There have even been some reports of transmission in the capital city of Beijing.

“To ensure that everyone in the city is safe, city-wide nucleic acid testing will be quickly launched for all people to fully screen out positive results and asymptomatic infections,” Wuhan official Li Qiang said, per Reuters.

China, that report said, “brought the epidemic under control last year and fought just a few localized outbreaks after that.”

There were some cases in Nanjing, Reuters said, after workers at Nanjing Lukou International Airport were infected, “possibly due to poor sanitization and protection after disinfecting a plane from Russia.”

There were also some cases reported in the city of Zhengzhou.

President Biden earlier this year called for an intelligence investigation into the origins of the coronavirus pandemic. The intelligence community has been asked to determine whether “the virus emerged from human contact with an infected animal or from a laboratory accident.”

Meanwhile, there are indications that China’s attempts to crack down on coronavirus deaths also succeeded in preventing other types of deaths.

“Except in Wuhan, no increase in overall mortality was found during the three months of the COVID-19 outbreak in other parts of China,” a study earlier this year concluded. “The lower death rates from certain non-COVID-19 related diseases might be attributable to the associated behavior changes during lockdown.”