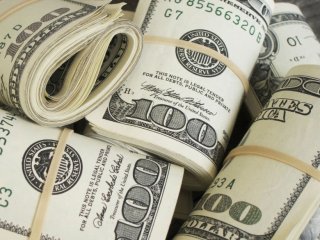 And many experts believe that a sizeable portion of those funds will eventually make its way into the market to make big bets on popular but volatile so-called meme stocks like GameStop and AMC.

According to a recent online survey of more than four hundred investors conducted by Deutsche Bank, it revealed that half of the respondents between twenty-five and thirty-four plan to spend 50 percent of their $1,400 stimulus payments on stocks.

That discovery led the German investment bank to state that “a large amount of the upcoming U.S. stimulus checks will probably find their way into equities.”

Meanwhile, those aged eighteen to twenty-four who took part in the poll planned to use 40 percent of the stimulus checks on stocks, and those thirty-five to fifty-four admitted they would use 37 percent of the checks. Individuals over fifty-five said they would put only 16 percent in the market.

Market experts, though, are warning that you shouldn’t bet on such meme stocks if you aren’t in a position to absorb potentially huge losses. For example, to shed some light on the immense volatility of those stocks, GameStop in recent months was driven up by hundreds of percent in part by Reddit traders seeking to squeeze hedge funds betting against the company. The stock then plunged 33 percent on Wednesday following the company’s quarterly earnings report, but then bounced again the next trading day.

“Behind the recent surge in retail investing is a younger, often new-to-investing, and aggressive cohort not afraid to employ leverage,” Deutsche Bank strategist Jim Reid and research associate Raj Bhattacharyya said in a report.

“Given stimulus checks are currently penciled in at circa $405 billion in Biden’s plan (before Senate revisions), that gives us a maximum of around $150 billion that could go into U.S. equities based on our survey. … If we estimate this at around 20 percent (based on some historical assumptions), that would still provide around circa $30 billion of firepower—and that’s before we talk about any possible boosts to 401k plans outside of trading accounts.”

A more conservative approach to spending the stimulus payments has been touted by none other than legendary investor Warren Buffett, who boasts a net worth of roughly $100 billion.

“The first thing I’d do with any money I had would be to pay (credit card debt) off,” he said during last year’s online shareholders meeting for his company Berkshire Hathaway, adding that too many Americans today use credit cards “as a piggy bank to be raided.”

He then told a story about a friend who got her hands on some cash and later asked him for advice on what to do with it. Buffett eventually learned that the woman was still carrying around a credit card balance that was tacking on 18 percent in interest annually.

“It just doesn’t make sense,” he told his shareholders. “You can’t go through life borrowing money at those rates and be better off.”