FDA Will OK Coronavirus Vaccine if Found Safe and 50% Effective 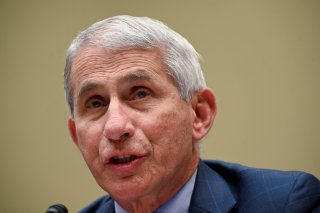 The Food and Drug Administration has confirmed that it will fully clear a coronavirus vaccine if it is deemed safe and at least 50% effective—meaning that the vaccine will reduce an individual’s risk of COVID-19 infection by 50%.

“But we said 50%, and the reason was because we felt that that was a reasonable floor given the pandemic.”

Earlier this week, both Moderna and Pfizer sent their vaccine candidates to Phase 3 trials, aiming to enroll 30,000 participants to prove the vaccines are safe and effective.

Hahn added that he maintains hope that the vaccine will prove to be more than 50% effective.

“We really felt strongly that that had to be the floor,” he said.

“But for the most part, I think, infectious disease experts have agreed that that’s a reasonable floor, of course hoping that the actual effectiveness will be higher.”

White House coronavirus advisor Dr. Anthony Fauci, the country’s top infectious disease expert, noted earlier in the week that he hopes the vaccine will boast an efficacy level of at least 60%.

“Obviously, we would like to see it much, much higher,” he said during a conference call alongside National Institutes of Health Director Dr. Francis Collins.

Hahn assured the public that if a vaccine is found to be unsafe, the FDA will not consider clearing it.

There are now more than 17.1 million confirmed cases of coronavirus worldwide, including at least 669,000 deaths, according to the latest data from Johns Hopkins University.

The U.S. has the most cases by far, with nearly 4.5 million confirmed infections and more than 151,000 deaths.