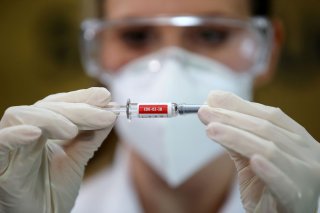 Even as the United States continues to witness a surging number of deaths due to the novel coronavirus, a recent Gallup poll revealed that 35% of Americans would still refuse to roll up their sleeves for a free coronavirus vaccine that is approved by the U.S. Food and Drug Administration.

A closer examination of the data showed that those who would refuse the vaccine are more likely to be Republican. More than 80% of Democrats said they would get vaccinated, while only 47% of Republicans said likewise.

In looking at different age groups, 76% between eighteen and twenty-nine and 70% of senior citizens said they would get vaccinated. Those in their thirties to fifties showed the most reluctance—for example, only 59% between fifty and sixty-four said they would accept a vaccine.

Other polls have also forecasted possibly low participation rates if a coronavirus vaccine eventually gets green-lighted.

In late May, a poll from the Associated Press-NORC Center for Public Affairs Research indicated that 49% of Americans said they would get vaccinated, 20% said they wouldn’t and 31% said they weren’t sure.

According to a Yahoo News/YouGov poll, conducted between July 28 and 30, only 42% of Americans are planning to get vaccinated for COVID-19. This figure is down from May, when 55% said they would get vaccinated.

Moreover, 34% said they are “very concerned” about the safety of a “fast-tracked” coronavirus vaccine, and another 35% said they are somewhat concerned. In a recent CBS News poll, about half of Americans said they will “wait and see” what happens to others before getting vaccinated themselves.

The FDA confirmed in late July that a vaccine that’s at least 50% effective could be given the clear by December or early next year.

“Obviously, we would like to see it much, much higher,” he said during a conference call alongside National Institutes of Health Director Dr. Francis Collins.

The director of the National Institute of Allergy and Infectious Diseases also noted during a recent Q&A with the Brown University School of Public Health that the chances of a coronavirus vaccine “being 98% effective is not great.”

There are now more than 19.9 million confirmed cases of coronavirus worldwide, including at least 732,000 deaths, according to the latest data from Johns Hopkins University.

The U.S. has the most cases by far, with nearly 5.1 million confirmed infections and more than 163,000 deaths.