Good News: Coronavirus Vaccinations Expanded to All Individuals 65 and Older 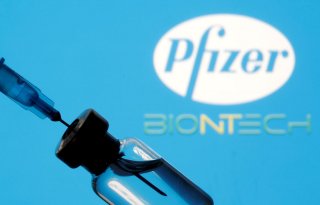 Barely a month into a mass vaccination campaign to finally end the nearly yearlong coronavirus pandemic, the Trump administration on Tuesday issued new guidelines that expand vaccine eligibility to all individuals aged sixty-five and older, as well as those suffering from comorbid conditions like diabetes.

Health and Human Services Secretary Alex Azar also announced that the government will no longer hold back required second doses of the Pfizer-BioNTech and Moderna vaccines, meaning that the available vaccine supply will likely be doubled immediately.

“We had been holding back second doses as a safety stock,” he said Tuesday in an interview on ABC’s Good Morning America.

“We now believe that our manufacturing is predictable enough that we can ensure second doses are available for people from ongoing production. So, everything is now available to our states and our health care providers.”

Azar noted that all states now have the option to quickly expand the pool of individuals who are eligible to receive the potentially life-saving vaccines.

“We are calling on our governors to now vaccinate people aged sixty-five and over, and under age sixty-five with a (health condition) because we have got to expand the group,” he said.

According to the U.S. Centers for Disease Control and Prevention, there are more than fifty million Americans who are sixty-five and older and 110 million people between sixteen and sixty-four with comorbid conditions.

The government, as of Monday, had distributed roughly 27.6 million doses to states, U.S. territories, and major cities. However, only about 9.3 million people had received their first shot, CDC data revealed.

On Monday, Senate Democrats demanded in a letter that the Trump administration make changes that could help speed up the vaccination campaign.

The United States “cannot afford this vaccination campaign to continue to be hindered by the lack of planning, communication, and leadership we have seen so far,” the letter stated.

“The metric that matters, and where we are clearly moving too slowly, is vaccines in arms.”

U.S. Surgeon General Jerome Adams also asserted that the pace of inoculations needs to be ramped up—though he has seen improvements in recent days.

“We’re in a race against this virus and quite frankly, we’re behind,” he said in an interview on Fox & Friends.

“The good news is that seven hundred thousand people are getting vaccinated every single day. We’re going to hit one million people, and we need to continue to pick up that pace.”