The Great Rental Car Shortage of Summer 2021 Is Coming 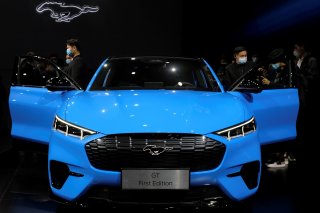 Now that the United States is beginning to emerge from the coronavirus pandemic, many people are scheduling the travel that they missed out on last summer. But those whose travel plans involve renting a car have gotten a rude awakening, with cars either being more expensive than usual or not available at all.

The Washington Post reported this week that the major rental car companies sold off 770,000 cars in 2020, which amounted to about one-third of their total fleets. Per the Post, selling the cars has made the car rental companies much more profitable, with Avis Budget Group’s stock price closing at an all-time high at the end of April.

Now, with people ready to travel for the summer, demand is beginning to outstrip supply for the cars. And on top of that, a semiconductor shortage has caused car production to fall behind, further exacerbating the problem.

The newspaper also noted that, in part because the rental car industry has little clout when it comes to lobbying, the industry wasn’t particularly favored by any of the rescue and bailout packages. That necessitated selling off parts of their fleets- and the rental companies aren’t expected to have the size of their fleets up to pre-pandemic levels until 2022.

Hertz filed for bankruptcy in May, selling nearly 200,000 cars into the used car market. But the company has multiple suitors to buy it out of bankruptcy, the newspaper said.

“The covid shock was unlike anything we have experienced before. As we go into the recovery phase, we’re going to see friction and disruption in the normal flow of economic activity,” Kathy Bostjancic, chief U.S. financial economist for Oxford Economics, told the Post. “It’s going to be a bit erratic and disrupted, but the pace of growth will be very strong.”

The article also noted that the top rental car companies can “name their price,” with some cities in particular, like San Diego and Denver, are now almost twice as expensive as their usual rates.

Per the Chicago Tribune, the car rental situation has led to the rise of companies like Turo, a car-sharing service that lets users rent cars from individuals, rather than from Hertz, Enterprise or Avis. And among other tips, WLWT recently suggested that travelers consider using their own cars for trips, rather than flying places and renting cars there.

The other concern is that gas prices are beginning to inch up and could be affected significantly if the recent cyberattack on the Colonial Pipeline ends up disrupting supply for more than a few days.

“At this time, our primary focus is the safe and efficient restoration of our service and our efforts to return to normal operation,” Colonial Pipeline said in a statement. “This process is already underway, and we are working diligently to address this matter and to minimize disruption to our customers and those who rely on Colonial Pipeline.”