Health Officials Considering Moving Up the Timeline for Booster Shots 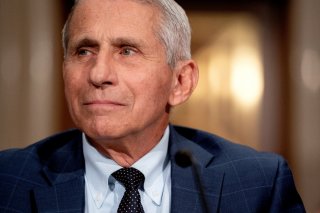 The timeline for Americans to get their coronavirus booster shots might be sped up by three months.

Last week, Dr. Francis Collins, the director of the National Institutes of Health, noted that data out of Israel were showing a reduction in the effectiveness of Pfizer’s vaccine against severe illness among those sixty-five and older who were fully vaccinated in January or February.

The data further revealed that booster doses provide four times as much protection against infection from the highly transmissible Delta variant, which was first detected by scientists in India last fall, Reuters reported.

In response, White House spokesperson Jen Psaki contended that President Joe Biden would fully rely on officials at the U.S. Centers for Disease Control and Prevention (CDC) and the Food and Drug Administration (FDA) if there is any need to adjust the previously planned rollout of booster shots at eight months after receiving two coronavirus vaccine doses.

“So, I want to be very clear on that. If they were to change their guidance based on data for any particular group, he would, of course, abide by that,” Psaki said during a press briefing.

“But for people watching at home, for you all who are reporting out this nothing has changed about the eight-month timeline as it relates to the boosters,” she added.

On Monday, a new CDC presentation has asserted that the data needed to properly evaluate booster shots for the general population has been found to be limited, which might suggest that the agency’s panel could limit its initial endorsement of booster shots to highly vulnerable groups and healthcare employees.

According to the presentation, vaccine efficacy for the Delta variant has ranged between thirty-nine percent and eighty-four percent. It is “important to monitor trends of effectiveness by severity of disease over time,” the presentation noted, adding that inoculating the unvaccinated must continue to be a “top priority.”

The latest estimates indicate that just over fifty percent of Americans are fully vaccinated against the coronavirus. While inoculations have been increasing in recent weeks, millions are still firmly opposed to getting vaccinated.

Last week, CDC Director Dr. Rochelle Walensky said in an interview on CBS’ This Morning that there is a possibility that Americans may not need annual booster shots after a third jab.

“This virus has been humbling, so I don’t want to say never, but we are not necessarily anticipating that you will need this annually,” she said. “It does look like after this third dose, you get a really robust response, and so we will continue to follow the science both on the vaccine side but also on the virus side.”