How Do I Get Tested for Coronavirus? 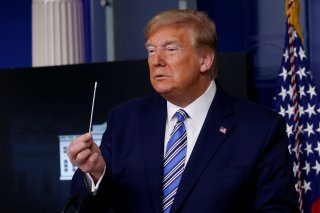 We're already into the third month of the coronavirus pandemic in the U.S., with more than 40,000 dead and over 755,000 confirmed cases, as of Monday morning. But even this deep into the pandemic, the nation still finds itself low on tests in many jurisdictions-while expanded testing is seen as a key part of any scenario in which stay-at-home orders can be lifted.

So if you're dealing with coronavirus symptoms, do you need to get tested?

According to the CDC's website, "not everyone needs to be tested for COVID-19." Most with mild illnesses, the agency says, can recover at home. The CDC also makes clear that "decisions about testing are at the discretion of state and local health departments and/or individual clinicians." The CDC offers lists of state and local health departments, who each have their own guidelines.

The CDC site also offers a coronavirus self-checker tool, developed in conjunction with Microsoft’s Azure platform. It asks a series of questions about how the user is feeling, including asking about their symptoms, before recommending various actions, including calling 911. Those with such symptoms as trouble breathing, persistent pain or pressure in the chest, new confusion or inability to arouse and bluish lips or face, among others, are asked to call emergency services.

Most locations with limited testing abilities are prioritizing patients with more severe symptoms.

Meanwhile, the FDA offers an "industry hotline" for questions about coronavirus testing kits, and shortages thereof.

Tests for coronavirus have been taking as long as five days to obtain results, but scientists in California are working on a test, based on CRISPR, that can deliver results much faster.

Earlier this month, a startup called CareTech launched a site called CareNearby, which can locate the nearest coronavirus testing centers to users entering their zip code and search radius. Most of the results include the criteria for receiving such a test at that location, which in most cases appear to be restricted, at least, to "patients with symptoms."

That site, which has many of the features promised but not delivered when President Trump announced in mid-March that Google was building a national coronavirus site, also allows users to sign up for alerts when new testing centers open nearby.