How Genes Could Offer Hints at How Coronavirus Interacts With Bodies 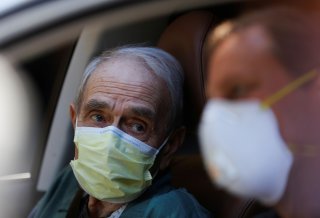 What this COVID-19 pandemic has shown is that it’s indeed difficult to predict who will be severely sickened by the virus and who will be asymptomatic.

Medical experts, however, are peering deeper into hypotheses regarding hidden connections between COVID-19 patients who get severely sick and an individual’s genes.

In particular, some researchers have their eyes set on the receptor called ACE2, which is what the coronavirus binds to. This receptor is found on the surface of cells all throughout the body.

A 2005 study on SARS, which is caused by a coronavirus, revealed that patients with smaller amounts of ACE2 receptors “were poorly infected.” But those who had more ACE2 receptors were infected much more easily.

A more recent study in February confirmed the genetic similarities between SARS and the new coronavirus, whose scientific name is SARS-CoV-2, and the role that ACE2 receptors play in the rates of infections and degrees of symptoms.

According to scientists at Oregon Health & Science University, genes can also influence how immune systems differentiate between friendly cells and dangerous pathogens. If the individual’s immune system isn’t tuned to identifying and destroying the foreign invader, the higher the risk for more severe symptoms.

When a virus infects cells, the body, in turn, “reacts by turning on what are essentially antivirus alarm systems,” the researchers wrote in The Conversation.

The viral attackers are then identified and the immune system deploys a type of white blood cell to destroy the infected cells.

“But not all alarm systems are created equal,” the researchers said.

People have alleles, which are different versions of the same genes, and for some individuals, these alleles are more sensitive to certain viruses or pathogens.

The part of the “alarm system” that the researchers focused on was the human leukocyte antigen system, or HLA. Each person has many alleles of the genes that constitute a certain HLA type, and each allele codes for a different HLA protein.

“These proteins are the sensors of the alarm system and find intruders by binding to various peptides—chains of amino acids that make up parts of the coronavirus—that are foreign to the body,” the researchers wrote.

“Once an HLA protein binds to a virus or piece of a virus, it transports the intruder to the cell surface. This ‘marks’ the cell as infected and from there the immune system will kill the cell.”

The researchers concluded that the more peptides of a virus that an individual’s HLAs can identify, the stronger the immune system’s response.