Ivermectin Isn’t a Coronavirus Treatment. An Ohio Judge Ordered a Hospital to Use It Anyway 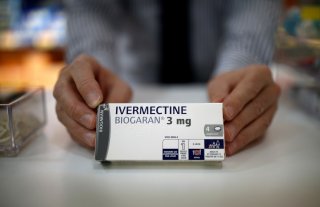 A judge in Butler County, Ohio ruled in favor of a woman last week who ordered a hospital to administer Ivermectin, an anti-parasitic drug, to her husband.

In some respects, Ivermectin is a very useful medicine. It has been used to deworm livestock for decades; In recent years, doctors have begun to use it to treat parasitic infections in humans. In 2015, a group of researchers won a Nobel Prize in Medicine for researching the drug’s effect in humans; It has since been used to treat lice, river blindness, and other parasitic diseases.

Ivermectin is not, however, an effective Covid-19 treatment. While the Food and Drug Administration (FDA) has not categorically denied that the drug works against the virus, it has repeatedly stated that it is not intended for Covid-19 treatment and has strongly cautioned against its use for that purpose. While at normal doses, the drug is not explicitly unhealthy, people attempting to self-medicate will often give themselves too much, which can cause serious harm. One reason for this has been that Ivermectin is primarily intended as a veterinary drug for use in livestock, and because most livestock animals are far heavier than humans are, drugs intended for their use are often concentrated at much greater strength than drugs intended for human consumption. The Centers for Disease Control and Prevention (CDC) has warned that poisonings from Ivermectin overdoses have increased threefold since 2020, with a pronounced increase in July. The poisonings have been concentrated in Mississippi, whose state health agency has put out a public health alert about the dangers of taking the drug without medical supervision.

In Butler County, Judge Gregory Howard ruled that West Chester Hospital, part of the University of Cincinnati’s hospital chain, was required to treat Jeffrey Smith, fifty-one, with 30 milligrams of Ivermectin daily for three weeks, at the insistence of Smith’s wife, Julie Smith. After Smith was hospitalized in mid-July and put on a ventilator at the beginning of August, his wife found a doctor willing to prescribe Ivermectin, but the hospital had refused to administer it prior to the court’s ruling.

While the FDA and CDC have cautioned against Ivermectin’s use, a number of media outlets and political personalities on the political Right, including former President Donald Trump, Senator Ron Johnson (R-WI), and Fox News hosts Laura Ingraham and Sean Hannity have promoted its use. For their part, conservatives have alleged that Ivermectin has not been properly studied for political reasons, despite some anecdotal evidence that it has been used effectively.