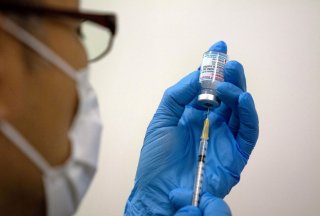 Japan’s health ministry announced on Saturday that two people had died after receiving doses of the Moderna vaccine that came from lots that were later found to be contaminated.

In August, Japan halted the use of more than 1.5 million Moderna doses after Moderna’s domestic distributor, Takeda Pharmaceutical, reported finding contaminants in some of its vaccine vials. Three manufacturing lots were identified as contaminated in this way, although the country’s health ministry later clarified that the two deceased people had each received a Moderna vaccine that had not come from one of those three lots.

The two victims were Japanese nationals, both male, aged 30 and 38. In each case, the two men received their second dose, developed a fever, and died within two days of receiving the shot. While the causes of death in each case are still being investigated, Moderna and Takeda issued a joint statement on Saturday indicating that there was so far no evidence that the deaths had been caused by the vaccine contaminants and stressing the importance of a formal investigation.

While the Moderna vaccines from the three lots were suspended from use out of an abundance of caution, the government has stated that no safety issues have yet been found with them. According to Japan’s state-owned NHK news agency, the contaminants in question were metallic particles.

Japan’s vaccination program has so far fully inoculated forty-four percent of the country against the coronavirus. In total, 124 million COVID-19 vaccine shots have been given. The country’s total population is 126 million, and skews disproportionately older, one risk factor for the virus.

So far, around one thousand people in Japan have died of COVID-related complications after receiving the Pfizer or Moderna vaccine. There have been nearly 16,000 coronavirus fatalities in Japan over the past eighteen months, out of 1.44 million total infections, according to Our World in Data. The number of daily reported cases has spiked sharply since July, with 23,000 cases reported on August 25, up from a previous high of roughly 6,400 in May.

While adverse reactions have occurred to the Pfizer and Moderna vaccines, Japan’s health ministry has underlined that these cases are very rare. Around 0.01 percent of vaccine recipients have had health complications, or 1 in 10,000. The ministry stressed that there appears to be no causality between the vaccine injections and the deaths, although this is still being investigated.