A Joe Biden Nationwide Coronavirus Lockdown: Would it Work? 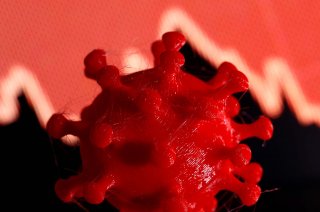 President Donald Trump has labeled presumptive President-elect Joe Biden as a lawmaker who “wants to shut down the country” to contain the spread of the novel coronavirus. Although Biden has rejected these claims, he’s insisted that he plans to “listen to the scientists” to build a cohesive COVID-19 mitigation strategy -- one that might involve a multi-week economic shutdown.

Dr. Michael Osterholm, a member of Biden’s new coronavirus task force and director of the Center of Infectious Disease Research and Policy at the University of Minnesota, floated the idea of a nationwide lockdown to tame the unmanageable infection surges across the country, as case numbers are averaging 120,000 each day for the month of November.

Osterholm added that the government would borrow funds to help supply lost income and wages to Americans who would be out of work due to the shutdown.

“We could pay for a package right now to cover all of the wages, lost wages for individual workers, for losses to small companies, to medium-sized companies or city, state, county governments. We could do all of that,” he told Yahoo Finance on Wednesday. “If we did that, then we could lock down for four to six weeks.”

Earlier in the week, Osterholm warned that the country is entering a “Covid hell,” with Biden also alerting Americans that a “very dark winter” should be expected before a vaccine becomes widely available. Infections in the U.S. just surpassed 10.5 million, with new hotspots in Texas, Illinois and Wisconsin -- all of which have record numbers of hospitalizations due to the deadly disease.

Osterholm cited an August op-ed he co-wrote with Minneapolis Federal Reserve President Neel Kashkari for The New York Times, where the two argued for a uniform strategy to implement across the country. They argued that while some states classify certain workers as essential, others may not.

“To be effective, the lockdown has to be as comprehensive and strict as possible,” they wrote.

A Good Idea or Economic Disaster?

But medical professionals and economists collided with Osterholm’s suggestions of a nationwide shutdown.

“Lockdowns are bad for everybody,” Dr. Maria S. Salvato, professor and head of the Laboratory of Arenavirus Disease & Vaccines at the University of Maryland School of Medicine, said. “The level of craziness is too high now, and it is caused by lockdowns.”

Salvato, instead, suggested that “nationally, mandatory masks” should be required in all recreational and religious settings including in stores, churches, gyms, schools and other indoor public places. She also recommended “more frequent antigen testing” in schools and churches, a COVID-19 test that detects certain proteins in the virus within minutes.

Salvato outlined some minor changes that could be made at the school level such as strictly enforcing hand sanitizer application, incorporating more outdoor time -- as the virus doesn’t spread as easily in an outdoor setting -- and dividing the school day into sections where some students attend classes in the morning, while the rest report to school in the afternoon.

Fiscally, a nationwide lockdown would also put the country in even more economic turmoil, as the government debt is 135.6 percent of Gross Domestic Product for Second Quarter 2020 -- the highest it’s ever been -- and millions of Americans remain unemployed. Congress added to the bubbling swamp of debt when they passed the $2.2 trillion Cares Act in March to provide immediate economic relief to those that were hit the hardest with the financial impacts of the pandemic. But most of the provisions within the legislation have already expired, so top lawmakers on both sides of the aisle are negotiating for another round of federal relief -- even though they’ve remained inconclusive for several months.

“We do not have funds to do what Mr. Biden wants; we would have to borrow, which means selling even more Treasuries,” Scott B. MacDonald, a contributor to TNI and chief economist at Smith’s Research & Gradings, said. “Federal debt is already high; we will only be jacking it up much higher.”

MacDonald added that a lockdown “would pretty much kill economic activity and most likely make the recovery a W-shape,” bringing the economy into a deep recession in the new year.

“A lockdown would also probably kill off a large number of small and medium-sized businesses that have been hanging on. The most important factor is getting a vaccine out,” MacDonald said.

Osterholm’s remarks come as a front-runner coronavirus vaccine produced by U.S. pharmaceutical giant Pfizer and German biotechnology firm BioNTech deemed more than 90 percent effective at preventing infection. The discovery is a major step in combating the virus and the closest reach to develop a vaccine.

“I think that the message is: How do we get through this? We need FDR moments right now. We need fireside chats. We need somebody to tell America, ‘This is what in the hell is going to happen,’” Osterholm said.