Johns Hopkins Epidemiologist: 11 Out of 14 Vaccinated People at Party He Attended Got COVID 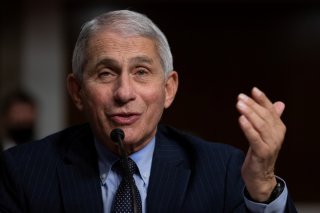 Like thousands of other fully vaccinated Americans, Dr. Allan Massie, an epidemiologist and biomedical researcher at the Johns Hopkins School of Medicine, recently became a victim of a breakthrough coronavirus infection.

“But it wasn’t supposed to happen: I’ve been fully vaccinated for months,” he wrote in an op-ed for the Baltimore Sun.

Massie had gone to a house party with fourteen vaccinated adults—and he soon found out that eleven eventually tested positive for the virus.

“The official Centers for Disease Control and Prevention guideline stated that, since I was fully vaccinated, I didn’t need to do anything different unless I started developing symptoms,” he wrote.

“I’m an epidemiologist at a major medical research university, which has a dedicated COVID exposure hotline for staff. I called it, and workers said I didn’t need to do anything,” he added.

The latest data from the CDC have revealed that more than 99.99 percent of those fully vaccinated against COVID-19 in the United States have not had a breakthrough case resulting in hospitalization or death.

As of July 26, the CDC noted that more than one hundred sixty-three million people in the United States had been fully vaccinated—and there have been less than 6,600 breakthrough infections, including about 1,260 deaths.

The CDC has contended that these breakthrough cases are expected because no vaccine is 100 percent effective.

“There will be a small percentage of fully vaccinated people who still get sick, are hospitalized, or die from COVID-19,” the CDC says on its website.

Still, Massie said that he would like “state and local health departments and the CDC … do a better job collecting and reporting data on breakthrough infections.”

“The CDC announced in May that it was only going to collect data on breakthrough infections that led to hospitalization or death, which are fortunately rare,” he continued. “But that means that outbreaks like ours will fly under the radar. Any of us could infect others, apparently including other vaccinated people. It’s not clear if our group got sick because of a particularly virulent variant, because the vaccine is wearing off or for some other reason. Without good data, we’ll never know.”

Massie even went on to contend that “governments and businesses should consider bringing back masking requirements, even for vaccinated people.”

“COVID-19 vaccines do an enormous amount of good. I expect a milder course of disease since I’m vaccinated. But COVID-19 isn’t over, even for the vaccinated. As the pandemic continues to evolve, we need to evolve with it,” he added.