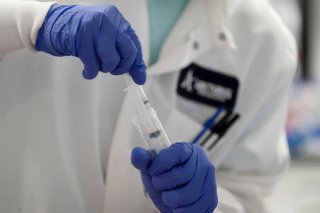 As potential coronavirus vaccines are entering late-stage human trials, scientists and public health officials are now beginning to temper their enthusiasm with caution.

The United States’ vaccine initiative, called Operation Warp Speed, has a goal of producing 300 million doses of a safe and effective vaccine by January. And if this endeavor is accomplished, it would be one of the greatest scientific achievements in history—considering that it often takes years, if not more than a decade, to develop an effective vaccine that targets a certain disease.

According to the World Health Organization, there are at least six potential vaccines in Phase 3 human trials and more than 150 under development worldwide. However, just the fact that a vaccine enters a late-stage trial doesn’t necessarily mean that it is nearly ready to be deployed worldwide.

“Phase 3 doesn’t mean nearly there,” Mike Ryan, executive director of the WHO’s emergencies program, said Thursday during a virtual panel discussion with NBC News that was hosted by the Aspen Security Forum.

“Phase 3 means this is the first time this vaccine has been put into the general population into otherwise healthy individuals to see if the vaccine will protect them against natural infection.”

Amid this global rush to find a cure, medical experts are becoming more worried that Food and Drug Administration (FDA) regulators will likely face enormous political pressure to quickly approve a vaccine—although the agency’s commissioner, Dr. Stephen Hahn, has assured the public that if a vaccine is found to be unsafe, the FDA will not consider clearing it.

“If we get to 50 percent (efficacy) but it’s not safe, to me, it’s not a vaccine that we can authorize,” Hahn said in a recent interview with Dr. Howard Bauchner of the Journal of the American Medical Association.

Other health officials are noting that if a green-lighted vaccine is less effective than it is said to be, that could spur a wider spread of the virus. There’s also the chance that a substandard vaccine could cause dangerous unforeseen side effects.

“A merely short-term effect could encourage vaccinated individuals to resume risky behaviors, which would all but guarantee that the epidemic endures,” Michael S. Kinch, director of the Centers for Research Innovation in Biotechnology and Drug Discovery at Washington University in St. Louis, recently wrote in STAT.

For Dr. David States, professor of human genetics and director of bioinformatics at the University of Michigan, even if a vaccine is given the clear, it might only provide short-term immunity to individuals.

“If you’re hoping a vaccine is going to be a knight in shining armor saving the day, you may be in for a disappointment,” he tweeted.

“SARS COV2 is a highly contagious virus. A vaccine will need to induce durable high level immunity, but coronaviruses often don’t induce that kind of immunity.”

There are now more than 18.9 million confirmed cases of coronavirus worldwide, including at least 710,000 deaths, according to the latest data from Johns Hopkins University.

The U.S. has the most cases by far, with nearly 4.9 million confirmed infections and more than 159,000 deaths.