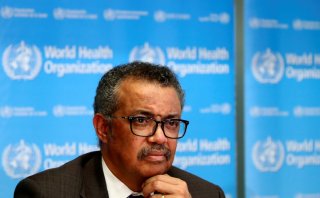 Scientists in Italy have confirmed that fragments of the fast-spreading monkeypox virus have been detected in several patients’ semen, according to a new Reuters report.

The news outlet noted that researchers at the Spallanzani Institute, a Rome-based hospital and infectious disease research facility, first reported evidence of the monkeypox virus in the semen of four patients in early June. They have since identified six out of seven patients at the facility as having semen containing the virus’ DNA.

But Francesco Vaia, the institute's general director, told Reuters that the data, currently being submitted for publication, is not enough evidence to prove that the virus’ mode of transmission has evolved.

“However … having an infectious virus in semen is a factor that tips the balance strongly in favor of the hypothesis that sexual transmission is one of the ways in which this virus is transmitted,” he said, adding that the World Health Organization (WHO) has been notified of the findings.

Per the WHO, the virus most easily spreads via open contact with the sores of an infected individual, but it can also spread through contact with materials that have the virus on them, such as shared bedding and clothing.

On Friday, the U.S. Centers for Disease Control and Prevention (CDC) stated that some people recently diagnosed with sexually transmitted diseases (STD) might also be carrying the monkeypox virus. The agency advised healthcare providers to watch and test for STDs, as the virus can appear similar to certain STDs, such as syphilis, herpes, gonorrhea, and chlamydia infections.

“It’s important to be aware that monkeypox cases may present similar to some sexually transmitted infections and could be mistaken for other diagnoses,” CDC Director Rochelle Walensky told reporters. “Healthcare providers should not rule out monkeypox just because a patient has another diagnosis or another STI.”

According to the CDC, as of Tuesday, there have been more than 1,700 confirmed and suspected cases of monkeypox reported from four dozen countries where the virus is non-endemic. In the United States, seventeen states and the District of Columbia have reported a total of sixty-five cases. To date, the WHO has not received information about any deaths from the cases.

As reported by STAT News, the WHO said on Tuesday that it will convene a meeting of outside experts next week to advise it on whether the current monkeypox outbreak constitutes a public health emergency of global concern.

“We believe … the external experts could expand the understanding and the knowledge we have about this virus,” he continued.