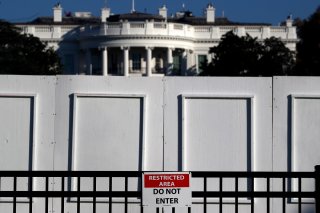 At least two dozen members of President Donald Trump’s staff, campaign and inner circle have tested positive for the novel coronavirus within the last two months, including his own chief of staff and top campaign adviser after a slew of cases struck the White House.

Corey Lewandowski, a Trump campaign adviser who has helped with his reelection effort, is the most recent member of the president’s inner circle to test positive, after traveling to Pennsylvania to help contest the state’s presidential election results in a widespread GOP push to fight for a second Trump term. The chief of staff of the Republican National Committee, Richard Walters, also tested positive for the virus this week.

Lewandowski confirmed his results on Thursday, which comes roughly a week after he attended an election night gathering at the White House where hundreds of people close to the president convened without masks and were not properly socially distanced.

Trump campaign staffers never received an email that warned them about Meadows and other top staffers being infected, according to CNN. They also noted that the chief of staff was seen in the office several times without a mask during the days leading up to his test results.

According to The New York Times’ report of the White House virus outbreak, the Sept. 26 “super-spreader” Rose Garden event for Justice Amy Coney Barrett’s nomination to the Supreme Court initiated the swirl of infections close to the president and haven’t stopped ever since.

Lewandowski, Meadows and Carson are just a few to add to the string of outbreaks on Capitol Hill, as several other staffers have contracted the deadly disease. Other White House staffers include political director Brian Jack, press secretary Kayleigh McEnany and assistant to the president Nicholas Luna. There are nearly 20 other people close to Trump who have tested positive such as campaign adviser Nick Trainer, top adviser David Bossie and campaign manager Bill Stepien.

“Faced with his Churchillian moment when he was first informed about the virus in January, Trump made a decision that was fatal for America and his Presidency. Instead of calling all Americans to do what was necessary to head off the virus… he chose to diminish the threat in order to keep the economy going and even when it became clear that he had made a mistake, he was unable (repeating a lifelong pattern) to admit it,” Michael A. Gillespie, professor of political science and philosophy at Duke University, said.

Trump received word over the severity of the coronavirus in January, according to interviews with Bob Woodward -- but admitted he downplayed its threat to reduce panic across the country, despite millions of Americans being infected.

Gillespie added that Trump “turned it into a visible political issue.”

Michael C. Munger, professor of political science at Duke, echoed Gillespie’s remarks, noting that Trump tried to “keep the successful economy at the top of the news cycle just by telling people to ignore the virus,” a tactic that was inherited by Republican lawmakers close to the president, while Democrats maintained the virus as a top priority.

“None of this was about facts; it's tribal dialectics, the core motor of partisan politics,” Munger added.

But the infection didn’t just blast Trump’s inner circle -- it also terrorized the Capitol Building, as almost 80 Members of Congress tested positive or quarantined, with nearly 58 percent of them being GOP lawmakers, according to NPR data.