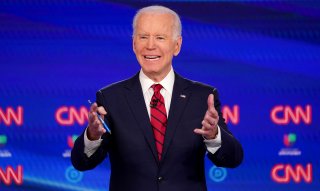 In the weeks after the presidential election last year, a debate began over additional stimulus checks beyond what had passed in the CARES Act earlier in 2020. Congress ended up passing $600 checks in December, leading up to the passes of $1,400 checks in the American Rescue Plan in March of 2021.

In the meantime, there have been calls for additional stimulus checks- and one of those calls just reached a milestone.

A Colorado restaurant owner last year launched a petition on Change.org calling for recurring $2,000 payments for adults and $1,000 for children, including “continuing regular checks for the duration of the crisis.”

The number of signatures on that petition hit 2 million this week, drawing a great deal of media coverage.

“For our team and other Americans who can claim unemployment, even the maximum payments will not be enough for most people to continue paying their bills – and avoid slipping into poverty. The facts are, even successful small businesses can’t go months with their doors closed,” the original petition said. “But supplying Americans with monthly support until they can get back on their feet can save our communities from financial ruin.”

It doesn’t appear that those who filed the petition will get their wish. While the president has proposed trillions of dollars in new spending, including an expanded child tax credit that will include recurring payments to families through at least 2025, there are presently no plans to offer the American people $2,000 recurring payments. There’s also not much history of online petitions playing a significant part in convincing Congress to pass legislation.

Prior to President Biden’s speech to Congress last week that laid out the American Families Plan and American Jobs Plan, author Stephanie Bonin had updated the petition to request something of the president.

“Starting in July we will see monthly checks happen. Families will receive up to $300 per child deposited monthly, automatically. This is what we’ve been asking for—recurring checks that we can depend on. But here is the new thing: President Biden has the opportunity to make it permanent. Not just a COVID thing.”

Biden did not, in fact, speak those words, and in the speech, he proposed expanding the tax credit to 2025, as opposed to permanently.

However, Richard Neal, the Democratic congressman from Massachusetts and chairman of the House Ways and Means Committee, has in fact proposed making the expanded tax credit permanent.

Neal is proposing “a new refundable payroll tax credit of up to $5,000 per year for wages paid by certain child-care providers and would create a new information network to give parents and guardians real-time information about available child care.”