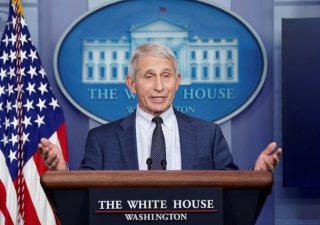 The White House on Tuesday held a summit with vaccine manufacturers and scientists as it set its sights on next-generation Covid vaccines that could offer much broader protection against the virus.

“These are vaccines that are going to be far more durable, that are going to provide far longer-lasting protection, no matter what the virus does or how it evolves,” Dr. Ashish Jha, the White House Covid-19 response coordinator, told STAT.

“If we can drive down infections by 90 percent … Covid really begins to fade into the background, and becomes just one more respiratory illness that we have to deal with,” he continued.

According to AFP, Dr. Anthony Fauci, director of the National Institute of Allergy and Infectious Diseases and chief medical adviser to President Joe Biden, noted that the efforts would be based on two specific pillars: “pan-coronavirus” vaccines, which would focus on variants, and “mucosal” vaccines, which would be delivered through the nose to stop the virus where it enters.

He added that a “mosaic” approach— taking pieces of different variants—could eventually be utilized to achieve a pan-coronavirus vaccine.

“It’s really important that the entire country be thinking about next-generation vaccines that may potentially prevent infection and transmission,” Dr. Akiko Iwasaki, a researcher at Yale who conducted a promising study of a nasal vaccine booster and who co-founded a company that would seek to commercialize the technology, told STAT.

“And that’s probably the only way to contain the spread of the virus,” she added.

Meanwhile, Jha acknowledged that such a campaign would likely require more funding from Congress, though he didn’t provide a specific estimate. He added that the Biden administration believes the new technologies could be three to five years away from broad use.

“We have fantastic vaccines that are actually doing a lot of good right now and are quite safe. And so the bar for approving new vaccines is going to be that it has to be better than that. And that’s going to be a high bar,” Jha said.

“There’s a sense that we’re playing catch-up with the virus. The virus is constantly evolving. We’re having to evolve with it, that’s fine. But over the long run, we really need a serious breakthrough,” he concluded.

The White House summit comes as the highly transmissible Omicron BA.5 subvariant now accounts for nearly 82 percent of current Covid cases in the United States, according to data released by the U.S. Centers for Disease Control and Prevention (CDC).

The Covid subvariant, which has shown to be particularly adept at evading the immune protection afforded by vaccination or prior infection, has been driving a surge of new infections in the United States and across the globe. In response to the fast-climbing cases, the Food and Drug Administration announced last month that the next round of booster shots, likely rolling out this fall, will be modified to target the subvariants BA.4 and BA.5 in addition to the original strain of the virus.